This phenomenon is thought to be the result of evolution of individual species in adapting to their respective habitats. However, the actual differences of mechanism of action among these species have not been adequately evaluated to date.

Morinaga investigated the potential capabilities of HRB and nHRB from genomic information, and validated the actual capabilities by performing in vitro and animal experiments, results of which were presented in March 2014 at the Annual Meeting of the Japan Society for Bioscience, Biotechnology and Agrochemistry.

Study 1: Comparative Genomic Analysis
At first, Morinaga compared the genomes of a total of 68 strains belonging to 12 species of Bifidobacterium, including the publicly available genome sequences as well as newly analyzed genome sequences. The results indicated clear differences in conserved gene clusters specific to habitats. Detailed analysis was performed on three species which are commercially used as probiotics in the market [HRB: B. longum (subsp. longum and subsp. infantis) and B. breve; nHRB : B. animalis (subsp. animalis and subsp. lactis)]. The analysis showed that B. longum and B. breve, both of which are HRB, share many common gene clusters. Comparing these HRB with B. animalis (nHRB), the following four possibilities are suggested:

1. Only HRB can utilize specific oligosaccharides present in mother’s breast milk, so that they can grow in the intestinal tract of infants.
2. HRB can produce more vitamins compared to nHRB.
3. HRB differ from nHRB in the ability to colonize the intestinal tract.
4. HRB is superior to nHRB in responding to rapid environmental changes.

Study 2: Compatibility With Human Breast Milk
Next, Morinaga examined whether the differences predicated from the genome are reflected in actual functions. Various Bifidobacterial strains were inoculated into mother’s breast milk donated by healthy mothers, and cultured at 37C degrees. The results clearly showed that while most of the HRB (B. longum, B. breve and B. infantis) isolated from infants grew well in breast milk, nHRB failed to grow and even died out after overnight incubation in the breast milk. As for the mechanism of action, it has been suggested that the selective growth of bifidobacteria is related to the utilization of oligosaccharides (prebiotics) in breast milk. In addition, Morinaga confirmed that resistance to lysozyme, an antibacterial active substance that exists in breast milk, is also involved in the selective growth of bifidobacteria in breast milk; HRB are tolerant to lysozyme; on the other hand, nHRB are highly susceptible to lysozyme.

Study 3: Difference in Folate Production Capability
Among the gene distribution for producing vitamins, the genes involved in the de novo synthesis of folate showed the greatest differences between HRB and nHRB. Morinaga therefore examined the in vitro folate production capability of various bifidobacterial strains.

High folate concentrations were detected in the culture media of HRB, compared with nHRB.

Further studies were conducted using germ-free mice by mono-associating with B. longum (subsp. longum), B. breve, and B. animalis (subsp. lactis). In mice mono-associated with HRB, especially with B. longum, fecal folate concentrations were higher and hematological indicators related to anemia were improved as compared to nHRB (B. animalis). Since folate is related to anemia prevention, it is possible that intestinal folate levels affect hematological indicators.

The results obtained from these studies indicate that the different residential features may be the cause of adaptation to the diet and environment. HRB may be more compatible with infant intestines and potentially more beneficial to the hosts.

“We were quite surprised at the result of the study on the compatibility with mother’s breast milk, which showed that nHRB could not grow in the breast milk,” stated Dr. Jin-zhong Xiao, PhD, department manager of Food Science & Technology Institute, Biological Function Research Department at Morinaga Milk Industry.  “It has been suggested that the selective growth of bifidobacteria observed in breastfed newborn infants is related to the Human Milk Oligosaccharides (HMOs) in human milk, however, in the in vitro experiments for growth in breast milk, undigested lactose should be sufficient for growth of Bifidobacterium even without assimilating HMOs.”

“The fact that HRBs possess high compatibility with human breast milk suggests how natural and more suitable HRBs are for consumption by human and infants. We will continue our research on bifidobacteria in order to understand the mechanisms of residential features of each species and evaluate the superiority of HRB for human health,” Dr. Xiao added. 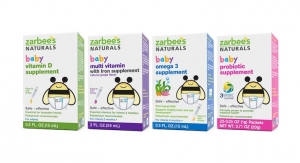