American Laboratories, Inc.’s (Omaha, NE) Austin Soejoto has transitioned into the role of sales representative for the Western States. His new sales territories will include California, Nevada, Arizona and New Mexico. This role was previously held by Rod Schake who is now a senior vice president. Mr. Soejoto joined ALI in June 2013 and has been training for and integrating into this new position since that time. In addition to the Western States, Mr. Soejoto, whom is fluent in Spanish, will also be the primary contact for the Latin American accounts.

Prior to joining ALI, Mr. Soejoto completed his degree in International Studies and Spanish from Ohio State University. In addition to his major background, he brings experience in Biology and from him several leadership roles and internships he held through the University.
Suggested For You 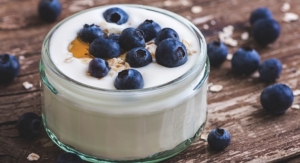 DSM Focuses on the Benefits of Vitamin E Supplementation