Research: To assess the effects of genistein on bone metabolism in nearly 400 osteopenic postmenopausal women, researchers conducted a randomized, double-blind, placebo-controlled trial. Women in the study had a bone mineral density (BMD) less than 0.795 g/cm2 at the femoral neck and no significant comorbid conditions. After a 4-week stabilization period during which participants received a low-soy, reduced-fat diet, participants were randomly assigned to receive placebo (n = 191) or 54 mg of genistein (n = 198) daily for 24 months. Both the genistein and placebo tablets contained calcium and vitamin D.

Results: At 24 months, BMD had in-creased in genistein recipients and decreased in placebo recipients at the anteroposterior lumbar spine and the femoral neck. Genistein also statistically significantly decreased urinary excretion of pyridinoline and deoxypyridinoline, increased levels of bone-specific alkaline phosphatase and insulin-like growth factor I, and did not change endometrial thickness compared with placebo. However, more genistein recipients than placebo recipients experienced gastrointestinal side effects and discontinued the study. As far as limitations, the study did not measure fractures and had limited power to evaluate adverse effects. This, however, did not stop researchers from concluding that 24 months of treatment with genistein may have positive effects on BMD in osteo-penic postmenopausal women. 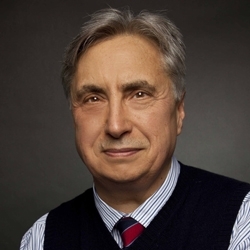 An Interview with Dr. Vladimir Badmaev

Proprietary Perspectives: Mechanism, Mechanism, On the Wall, Will You Keep Our Sales Tall?