Following success of analogues that mimic meat, new product opportunities are opening up. 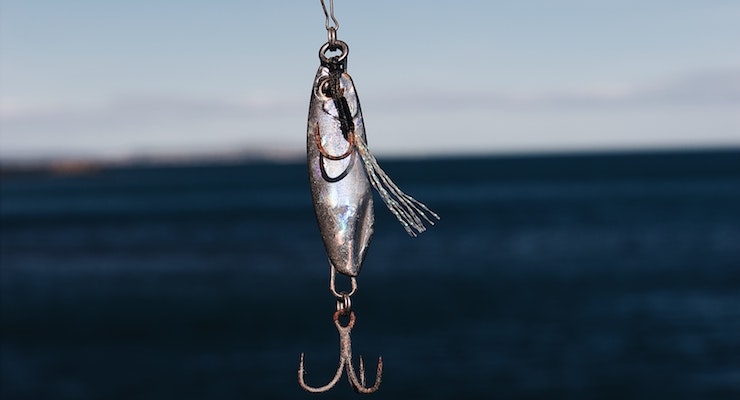 BlueNalu recently secured $20 million in funding to further its mission to be the global leader in cellular aquaculture.
By Mike Montemarano, Associate Editor, Nutraceuticals World03.09.20

Breakthroughs made in the meat-analogue industry, led by big staples like Beyond Meat and Impossible Foods, appeal to a wide range of consumers ranging from vegans/vegetarians to those curious about sources of protein that don’t yield adverse impacts on the environment.

Cultured meat, produced via in vitro cell culture, will eventually allow consumers in the coming years to enjoy reasonably-priced meat without a slaughter or substantive greenhouse gas emissions weighing on their conscience.

The first cultured burger, fried in 2013, took over two years to produce and cost $280,000. Prices and technical constraints have since gone down rapidly and may soon reach $10 per patty, according to both Mosa Meat and Biotech foods, two key players in cultured meat.

Shifting Seaward
Experts on plant-based meat and dairy analogues and cellular culture are now shifting their gaze to the sea. While the meat-alternative market, and future innovations, are flooded with an array of nutritionally-comparable alternatives to land animals, seafood specialization is less ubiquitous.

The company plans to launch seafood sourced through cellular aquaculture, a lab-grown equivalent to freshly-caught fish.

This funding will allow the company to attempt to develop a good manufacturing practice (GMP) pilot production facility in San Diego, CA, expand its team, establish a network for global operations, and prepare for its market launch.

BlueNalu has already partnered with Nutreco, an animal nutrition and aquafeed company, and Griffith Foods, a global food product developer.

The company was founded to aid in a growing crisis in which the global seafood supply is failing to meet the demand, largely due to dwindling marine species populations as a result of overfishing, environmental harms to the ocean, and sociopolitical factors on land. Additionally, both animal cruelty and human rights issues continue to persist among global fisheries.

BlueNalu is one of five major cell-based meat companies to join a coalition in February of this year centered around regulatory suggestions and GMPs, largely due to the fact that the breakthrough market currently has little to no regulatory structure.

Fish (Free) Food
While cultured seafood is still likely years away from reaching consumer availability, there are a few companies specializing in fish-free seafood, despite the rapid growth of plant-based alternatives and widespread optimal projections in years ahead. In fact, the Plant-based Foods Association reported that sales of plant-based foods in the U.S. saw a full billion-dollar increase this year, in spite of relatively flat growth rate for all retail food sales.

Plant-based seafood company Good Catch recently launched its line of products, which range from a plant-based shredded tuna, designed as an ingredient to be used in various recipes, to ready-to-serve frozen entrees and appetizers, including fish burgers, New England-style crab cakes, and Thai-style fish cakes.

The company recently secured a partnership with Bumblebee Foods, which will serve as a distributor of Good Catch products.

Good Catch is setting a standard by which its products contain equal or greater amounts of protein, other nutritional components, and even comparable amounts of omega-3 DHA in its products, which it sources from sea plants instead of fish. Algae oil serves as a DHA source which in addition to being contaminant-free, lends itself to providing a taste profile as close to seafood as possible, according to the company.

Years before Good Catch debuted online and in select supermarkets, Sophie’s Kitchen was on the scene setting the trend.

The company, which was one of the first to establish significant consumer availability online and in stores as early as 2011, has a diverse line of vegan, plant-based, non-GMO, gluten- and soy-free seafood products. The company began with its flagship product, canned “Toona,” which saw success when placed in the canned foods sections next to real tuna in a collection of grocery stores. It has since expanded to include elaborate analogues to breaded shrimp, fish filets, crab cakes, and even smoked salmon.

The company’s secret to capturing the complexities of a variety of fish include the use of alginate, an ingredient sourced from seaweed, as well as konjac, a giant, flowering plant also known as elephant’s yam, noted for its distinctly fishy smell and history in traditional Chinese culture.

While some may opt for lab-grown seafood sourced from fish cells, and others may opt for the plant-based variety, it appears that either choice yields similar perks for consumers.

Either option appeals to those opting out of animal products due to the ethical reasons associated with harming animals. Additionally, plant-based and cell-based seafoods are alike in their levels of environmental sustainability, as there is no effect on populations of oceanic life threatened by overfishing or tangential factors.

Additionally, seafood alternatives have the capability of providing consumers with tastes, experiences, and nutritional capacities of fish, while guaranteeing that their products are devoid of contaminants such as PFAs, heavy metals including mercury and lead, and other substances.

All of these facts aside, seafood analogue companies can further hone in on the allergy niche; 2.3% of the U.S. population report having allergies to all seafood, according to a poll of over 5,500 random households taken by the U.S. National Library of Medicine. Smaller portions of the public are allergic exclusively to shellfish, mollusks, or other fish.
Related Searches
Related Knowledge Center