Sizing Up the Gluten Free Consumer

The prevalence of gluten free products has expanded exponentially in recent years. Can the growth be maintained or is the market about to pop?

From on-package labeling and store displays to television commercials and celebrity-endorsements, “gluten free” has become quite the buzz phrase lately. According to Datamonitor, the market value was on track to top $4 billion in this year, up from $2.6 billion in 2010. An estimated 1.8 million people (about 1 in 133) follow a gluten free diet because they’ve legitimately been diagnosed with celiac disease, a potentially life-threatening autoimmune disorder by which the gluten protein in wheat, barley, rye, most oats and other grains destroy the intestinal lining and prevent adequate nutrient absorption. Another 1.6 million plus consumers have adopted the gluten free diet for a myriad of other reasons and it’s this latter consumer group that retailers have seemed most keen to cater to.

Much to the delight of bona fide celiac consumers, the market is now brimming with gluten free breads, sweets and other prepared alternatives that tout gluten free as a marquis selling feature. But given the voluminous growth of the gluten free segment, many are beginning to wonder if the gluten free market might be following the same trajectory as the Atkins diet fad, which famously grew to epic proportions before it deflated altogether. The Hartman Group, Bellevue, WA, is currently on a mission to decode the consumer perceptions propelling the gluten free phenomenon and the preliminary research has been nothing short of fascinating.

The Hartman Group has been following the gluten free market for about 20 years and said this most recent market bump is largely due to an uptick in self-diagnosing. In its initial report from the front lines of a new and ongoing consumer study, the company said self-diagnosis and resulting self-treatment is the hallmark harbinger of trends and fads. “Tinkering with personal health is at the heart of self-diagnosis and what we see occurring in the boom in the gluten-free trend is ever indicative of this larger cultural behavior,” they said. “What we are witnessing in the consumer preoccupation with gluten-free is indicative of a larger cultural phenomenon in consumer self-diagnosis and treatment. Consumer self-diagnosis of perceived ailments and allergies has paved the way for billions of dollars in sales of products with ‘no/low’ formulations, as well as those offering enhanced or modified ingredient profiles.”

In its poll of gluten free consumers, The Hartman Group found that a majority of those who eat gluten free don’t have celiac disease. Even more interesting, a whopping 75-90% of core, mid-level and periphery consumers polled were unable (or unwilling) to specify why they cut gluten out of their diet in the first place, despite being given the opportunity to tick a series of 12 boxes that offered choices like “enjoy the taste,” “weight loss” and “digestive health.”

In an interview with Nutraceuticals World, Melissa Abbott, The Hartman Group’s senior director, culinary insights said that staggering statistic might have less to do with specific reasons and more to do with has become bundled into buzz terms associated with diet cleanse terms like “vegan,” “dairy free” and “raw.” In short, gluten free represents an overarching desire for better food quality. What’s more, Ms. Abbott said, “it’s also easier to label something gluten free and excite a whole host of consumers who look to gluten free foods for many different reasons, as opposed to labeling something that might be helpful for more specific condition like Type 2 diabetes, for instance.”

Although prepared gluten free products cost substantially more than regular foods, so far The Hartman Group’s demographic profiling of core gluten free consumers doesn’t indicate they are necessarily any older/younger, higher income or higher educated than standard consumers. Their primary quality, however, are that they are self-educators, the “proselytizers of their social network, the person who reads a lot more and those who tell their friends what they should be eating,” said Ms. Abbott. “To them, gluten free signifies a higher quality halo of a product.”

Looking ahead, Ms. Abbott said there are valid concerns about the buoyancy of the gluten free products market because to further confuse the issue, just because non-celiac consumers purchase gluten-free products doesn’t mean they stick to a strictly gluten-free diet. The Hartman Group found that only a small percentage of U.S. non-celiac consumers consistently adheres to a gluten-free diet. Ms. Abbott said consumers are likely influenced by celebrities like Oprah Winfrey, Gwyneth Paltrow and Lady Gaga who have publically credited following a gluten free diet from time to time as part of a “cleanse” or shed a few pounds.

What consumers come to find, Mr. Abbott said, was that while a true gluten free diet consisting of unprocessed fruits, vegetables, meats and starches is by and large healthy, most processed gluten free foods are not. “The products being produced are packaged ‘me too’ things that are loaded with tapioca starch and all kinds of things that quite frankly, are not very good for the digestive system,” she said, and noted that her husband is a diagnosed celiac. “When we think about skin condition, asthma, inflammation, weight loss – it really all has to do with digestive health.

“But as soon as you replace your pretzels, or your bread, or your cookies, or your cupcakes with gluten free products, you’re actually doing yourself more harm because you think you can have a larger portion without feeling the ill effects, when in fact, you’re really loading up other overly processed starches,” she said. The weight gain outcome of consuming expensive, overly processed, starchy products is likely not one that non-celiacs bank on, leading to a disappointment in the products and the trend in general – and so begins the downfall of the gluten free diet and its relegation to fad status, to the dismay of celiac consumers.

The Hartman Group hopes to finalize the figures of its gluten free market report by the end of this month, and expects to have a clearer snapshot of the future for this market and its consumers at that time.
Related Searches
Related Knowledge Center
Suggested For You 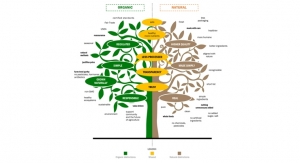 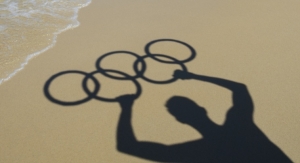 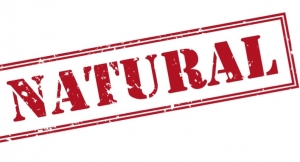 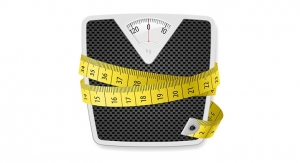 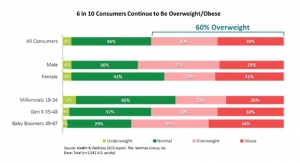 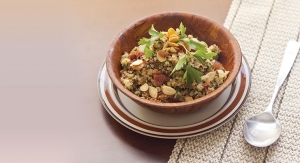 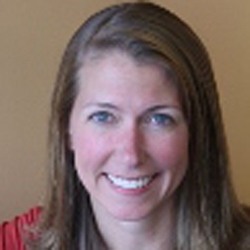 Gluten Allergy: A Trend in Self-Diagnosis?

Food Bars in the U.S.