Kellogg research presentation outlines the health benefits of starting the day with a bowl of cereal.

Breakfast is the most important meal of the day and according to The Kellogg Company, cereal is the best way to make the most of the morning meal occasion. The cereal giant, which introduced its venerable Corn Flakes cereal in 1906, recently issued a research compendium called Cereal: The Complete Story that included a variety of data assembled to illustrate the many health benefits of breakfast cereal.

“There are a number of reasons why cereal has been a part of consumers' breakfasts for more than a century,” said Christine Lowry, vice president of Global Nutrition Marketing for Kellogg.  “The research in this updated compendium reinforces the nutrition, value, convenience and great taste of cereal. We rely heavily on this growing body of research to shape our own direction and make it clear that cereal is an ideal breakfast choice.”

Among the many benefits highlighted by the report was the assertion that research had confirmed that a diet including cereal could “improve nutrient intake and help maintain healthy weights.” The company also pointed out that it offered more “good source of fiber” cereals that contained at least eight grams of whole grains than any of its competitors.

“When it comes to breakfasts that give people a strong start to the day, cereal is near the top of the list,” the company said.

To back up its claim, Cereal: The Complete Story offered up a wealth of science-based information regarding the role that eating cereal can play in maintaining healthy weight, boosting nutrient intake, and providing a breakfast that is lower in calories, sodium and sugar in comparison to other breakfast choices.

The company shined the light on research that confirmed children who eat cereal regularly tend to have lower Body Mass Indices (BMIs) compared to children who skip breakfast. It also stated that “cereal is a gateway to milk consumption for young children. In fact, cereal with milk is a leading source of 10 nutrients in U.S. children's diets.”

“Breakfast skipping among children and adolescents is associated with a number of poor health outcomes and health-compromising behaviors, including higher blood cholesterol and insulin levels, smoking, alcohol use, physical inactivity, disordered eating and unhealthy weight management practices,” the report stated. “Research suggests that breakfastconsumption, and specifically ready-to-eat cereal,has a positive relationship to healthy body weights and improved diet quality for adolescents,making it worth encouraging by parents, schools, government and health professionals.

“From the U.S. and U.K. to Spain, Greece and Australia, studies have consistently shown that breakfast cereals make a positive contribution to nutrient intakes,” the report continued. “Most studies have focused on children and show better intakes of B vitamins (thiamin, riboflavin, niacin, folic acid B6 and B12) and iron in those children who eat breakfast cereal regularly.”

The report also affirmed that only one in ten people in the U.S. get the daily recommended daily amount of fiber in their diets “and cereal can be an important source of this critical nutrient [and, in addition,] “has lower levels of sodium per serving than many other breakfast foods.”

According to Kellogg, a serving of cereal with skim milk not only boasts a convenient, nutrient-dense, low calorie count in comparison to other breakfast choices (152 calories), at just 50 cents per serving (with milk) it’s also a wise economical choice.

In addition to updating the global science surrounding breakfast cereal published since the previous version of the cereal study, the 2012 research compendium includes new references to hypertension, cardiovascular disease as well as a section on sustainable agriculture.

"When you look at the research, it is plain to see that a breakfast that consists of cereal is an important part of a good breakfast – and a great way to provide a nutritious start to any day," Ms. Lowry concluded.

To review the Cereal: The Complete Story publication in its entirety, click this link.
Related Searches
Related Knowledge Center
Suggested For You 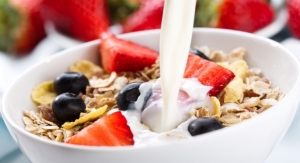 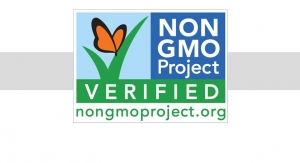 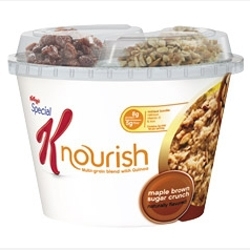 The Most Important Meal of the Day

B vitamins (in breakfast cereal)