Freezer case meals are big on flavor, low in sodium and a healthy option for a variety of diet-specific conditions.

Grocery store freezer cases are full of ready-made microwave meals but for a big segment of the consumer population afflicted with food allergies and certain health conditions, those meals are strictly off limits. In 2008, Dallas, TX-based businessman Cole Egger was moved by a diabetic family friend who expressed having difficulty finding a good tasting, healthy packaged meal. The need intrigued Mr. Egger and he partnered with friend Aaron Murski to research the market. What they found was an abundance of weight loss products and foods but none suitable for the diabetic community.

As part of a comprehensive analysis of the market, Mr. Egger visited with diabetes support groups, endocrinologists, diabetes educators, dietitians and consumers. It was clear that people with diabetes and other specific dietary needs had to fend for themselves when it came to meal planning. The few frozen entrees that were available were described by consumers tasting like cardboard and exhausting a day’s worth of sodium in one serving.

Mr. Eggers put together a team of food specialists to assess the already at-market products. What they found was disturbing. Products being touted as "healthy" weren’t truly healthy at all. While the products were formulated with reduced fat and calories, the flavor profile was boosted by unhealthy added sodium. They also found that the handful of frozen entrees that did live up to their health claims tasted bland and were unpalatable, echoing the feedback they received from consumers they’d spoken to.

Satisfied by their research, Mr. Eggers and his team accepted the challenge to create products that would make a difference. The result of their work was Meals to Live, a line of tasty, healthy, convenient and affordably priced foods formulated with “only nutritionally beneficial ingredients” especially for consumers with special dietary requirements. The recipes were a developed by Mr. Eggers and Jeremy Womble, chef to the Dallas Cowboys football team, who has type 2 diabetes himself.

The low fat and low sodium entrees contain between 18 to 58 grams of carbohydrates, much of which comes from whole grains. Each meal costs between $3.99 and $4.99.

Five of the eight meals are also gluten free.

According to company marketing representative, Christy Lizarraga, Meals to Live is in the process of adding at least three more frozen entrees, plus a breakfast line and a tertiary line formulated just for kids. The company is also working to take its product development endeavors “beyond the frozen food section” of the grocery store.

As a complement to the frozen entrees, the company also markets Meals to Live brand Glucose Quick Sticks for diabetics in need of a quick blood glucose boost. Available in two tasty, kid-friendly flavors (Watermelon and Green Apple), the products are billed to be portable, quick-dissolving powder alternatives to pills, drinks and messy gel tubes that deliver five grams of glucose per stick. The product also delivers 100% of the RDI for vitamin C. A package containing four Quick Sticks retails for about $24.

In addition to its at-retail products, Meal to Live offers a free monthly newsletter that features tips and recipes for healthy eating. The company is also a sponsor of the Diabetes Friendly Foundation (DFF), a nonprofit organization created by Egger that promotes education in an effort to prevent the onset and severity of diabetes.
Related Searches
Related Knowledge Center
Suggested For You 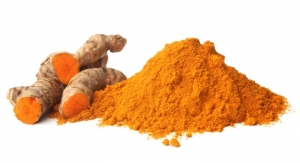 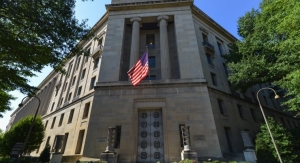 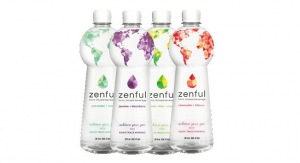