It’s got the promise and the financial backing so why hasn’t the nutrigenomics industry taken off?

Realizing Possible Potential
According to the Business Insights report, the global food industry was worth approximately $1.5 trillion in 2009, of which the health and nutrition segment—driven largely by advances in new technologies, new ingredients and the personalization of products targeting lifestyle-related disease—contributed nearly a third of sales.
At the same time, the global genetic testing market is currently estimated to be worth around $730 million and is growing at around 20% per year, and the identification of new nutrigenomic biomarkers will fuel further development in the field.
The complex science of nutrigenomics blends the two disciplines and is poised to emit a broad and beneficial ripple effect. “The industry, governments and regulators will need to work together to clinically validate nutrigenomic data and to apply and regulate the use of nutrigenomics information within a regulatory framework which supports innovative research whilst protecting the health of individuals,” Dr. Barton concluded. “Nutrigenomics has the potential to empower the consumer to personalize, predict, prevent and take a participatory role in their health and well-being, both now and in the future.”
For more information about the Business Insights study, please click this link.
Related Searches
Related Knowledge Center
Suggested For You 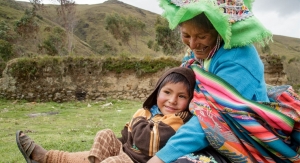 Business Insights: Peptides: The Next Breakthrough in Bioactive Nutritionals?

The State of Nutrigenomics