“To address critical issues in human health and nutrition—and especially our priority areas of global hunger and child obesity—we need to train the best and brightest in these fields,” commented Roger Beachy, NIFA director. “NIFA’s investment today will ensure we are prepared to find solutions to health and nutrition problems in the future.”

According to Dr. Jack Odle, William Neal Reynolds professor of nutritional biochemistry at NC State University, the grant will be used to expose graduate students to what is known as a transdisciplinary approach to problem-solving. Transdisciplinary education is a relatively new concept in academic circles that refers to the idea that many of today’s scientific questions are so complex they cannot be adequately addressed by scientists or experts with expertise in only one area. Rather, scientists are likely to be more effective if their training stretches across disciplines.

The transdisciplinary training environment at the NCRC will span subject matter touching every aspect of food, from the field to the fork. The training will enable students to develop integrated approaches to solving complex problems within the broad domain of functional foods, bioactive food components and human health. Students will have access to advanced instrumentation such as high-throughput sequencing, mass spectrometry, laser imaging and world-class, high-resolution nuclear magnetic resonance. Program participants will also learn techniques spanning molecular-cellular to plant and animal models to human clinical studies.

Dr. Odle said students accepted into the program will be known as Kannapolis Scholars. Students from all eight universities involved in the Research Campus will be eligible to apply for Kannapolis Scholars fellowships. Funding will go to students who are just beginning their graduate school careers, in the first or second year of their studies.

The grant will provide Kannapolis Scholars with roughly $38,000 over a 15-month period for tuition, housing and other expenses. A key element of the program is what Dr. Odle termed a 10-week “rotation” each summer at the NC Research Campus in Kannapolis. Students will spend the 10 weeks working at a lab on the campus.

The research campus was the vision of David Murdock, billionaire owner of Dole Foods and other businesses. Working with the University of North Carolina system, Mr. Murdock is reshaping Kannapolis into a 21st century research center, where the focus is nutrition, health and biotechnology.

The grant is being provided through a relatively new USDA competitive grants program called the Agriculture and Food Research Initiative, or AFRI, which was created in 2008 to replace the former National Research Initiative (NRI).

USDA will provide funding for four years, and Dr. Odle anticipates that during that time approximately 20 students, including at least two from each university, will take advantage of the program. The program will begin in the spring of 2010 with the selection of the first six Kannapolis Scholars. Seven more students will be selected in the second and third years of the program.

In addition to the $1 million from USDA, Dr. Odle said the University of North Carolina General Administration has committed to provide $100,000 over the four-year period to help defray living costs for students during their 10 weeks at Kannapolis each summer. The program will also feature a weekly seminar series for 10 weeks each summer and an end of summer research conference. 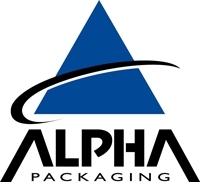