Body’s own antioxidant shows promise in slowing the effects of Parkinson’s.

The brain disorder known as Parkinson’s disease occurs when certain neurons in the substantia nigra part of the brain die or become impaired. Normally, these cells produce the vital chemical, dopamine, which enables the smooth, coordinated function of the body’s muscles and movement. When approximately 80% of the dopamine-producing cells are damaged, the symptoms of Parkinson’s disease appear.

Parkinson’s disease knows no social, ethnic, economic or geographic boundaries and affects both men and women in nearly equal numbers. According to the National Parkinson Foundation, an estimated 60,000 new cases are diagnosed each year in the U.S. Typical treatments involve the use of medicines that attempt to either replace or mimic dopamine, however, researchers at Harvard Medical School recently published a study that examined how urate—an antioxidant produced by the human body—affected patients with early stage Parkinson’s and the outcome was encouraging: those with the highest amounts of urate in their blood were 36% less likely to need treatment within two years for early Parkinson’s symptoms than those with the lowest levels.

This study was conducted on the heels of a related and equally promising study from last year that followed 800 patients.

“Because urate is a natural antioxidant and because oxidative damage to brain cells is thought to contribute to Parkinson’s disease, epidemiologists wondered whether higher levels circulating within us could help prevent Parkinson’s disease amongst healthy individuals,” explained Michael Schwarzschild, MD, PhD, associate professor of neurology, Harvard Medical School, MassGeneral Institute for Neurodegenerative Disease, Massachusetts General Hospital in Boston, MA. “When they found that people with higher urate in their blood were in fact less likely to develop Parkinson’s disease, this prompted our research group to ask whether higher levels of urate in people who already have the disease might be predictive of slower rates of its progression.

“We’ve recently found that this is the case in two large studies, prompting us to begin to test whether Parkinson’s patients could benefit from a treatment that raises their blood and brain levels of urate,” he added.

The Harvard study, which was published in the Archives of Neurology (2009; 66 [12]), examined data on the urate levels of early Parkinson’s patients who took part in a two-year trial in the late 1980s. Scientists examined the blood urate levels of 774 patients and the antioxidant levels from frozen spinal fluid from 713 patients. Overall, 369 people (roughly 48%) of the 774 patients, exhibited enough of a disease progression to require drug therapy, the study said. Higher blood urate levels were correlated to a lower need for medication, the authors wrote. Similar findings were seen for urate levels in spinal fluid.

Researchers used the dietary supplement inosine, a precursor to urate, for the purposes of the study. This is not the first time inosine was investigated with regard to slowing or stopping the progression of Parkinson’s disease. It was also the subject of a Phase 2 clinical trial by the Michael J. Fox Foundation in 2008.

Inosine is widely available to consumers as a dietary supplement, however, Dr. Schwarzschild cautioned those who may be inclined to use the supplement to raise their own urate levels. “Because of known and theoretical risks of higher urate levels [gout, kidney stones and possibly heart disease], treatments to elevate it should only be pursued in the setting of carefully conducted clinical trials in which the potential risks and benefits are well balanced,” he said.

What’s also worth noting is that the study found that higher urate levels didn’t slow the progression of Parkinson’s in patient participants who were also receiving vitamin E. Researchers suggested that vitamin E at high doses might provide a “pro-oxidant” rather than antioxidant effect.

Dr. Schwarzschild said researchers are moving forward with their urate studies, currently testing the safety of increased urate levels in recently diagnosed Parkinson’s patients at 10 participating health centers across the country. “Although we have developed such a trial, at present it is available only for recently diagnosed Parkinson’s patients not yet taking medication for the disease, and only at certain Parkinson’s clinical centers across the U.S.,” he said. “Patients and their families should take heart that this urate clue is being pursued rapidly toward possible new therapies, and is one of many promising new strategies that offer hope for improved treatment.” 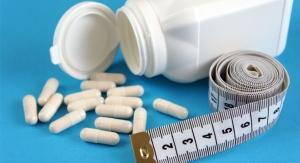 The Benefits Of Nutraceuticals For Cardiovascular Disease