Children with autism may benefit from a modified diet that improves digestion, putting them in a better frame of mind to learn, think and interact.

In the third edition of her book, Enzymes for Autism and Other Neurological Conditions (2008, ThunderSnow Interactive), Karen DeFelice asserts, "Digestion is under control of the brain and nervous system." From this follows recognition that just as the brains of people with autism function in a non-conventional manner, so may their digestive systems.

With research showing that as many as six out of 1000 births result in some degree of autism, this makes the condition more prevalent than cerebral palsy, hearing loss, visual impairment and even childhood cancer. Clearly, this is a problem that must be addressed.

Port Charlotte, FL-based Enzymedica, Inc. is doing its part this year by promoting a nationwide tour in which authorities on autism are sharing information on obtaining a diagnosis, approaching and modifying treatment regimens, and, most important, staying motivated and inspired in what can, at times, feel like a hopeless situation.

According to Ms. DeFelice, many individuals diagnosed as being on the autism spectrum suffer from a variety of physiological issues, including leaky gut syndrome, food allergies, chemical sensitivities and overload, various nutrient deficiencies, and yeast/bacteria/parasite infections and overgrowth. She believes that enzymes may help these people by improving their digestion and absorption, enabling them to feel "so much better that [they are] in a better frame of mind to learn, think, work and interact."

Joyce Rosenblum, a certified holistic health counselor located in Mt. Laurel, NJ, also subscribes to the use of enzymes, but further recommends significant diet modification. Suggesting that "we are not what we eat, but what we digest," Ms. Rosenblum says that children with autism find it twice as hard as other children to break down such elements of the "standard American diet" as high fructose corn syrup and partially hydrogenated oils.

She says further that dairy acts like an opiate in kids with autism, urging that parents substitute with goat's milk or rice milk. Preferred sweeteners on her list include stevia and agave. She also says that children on the spectrum tend to do better on a gluten-free, casein-free diet. 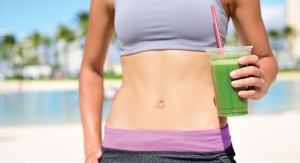 Gut Health: On the Front Lines of Wellness