Supplements square off with the silent killer: high blood pressure.

Supplements square off with the silent killer: high blood pressure.

According to the most current statistics from the American Heart Association, high blood pressure (hypertension) claimed the lives of 54,707 people in the U.S. in 2004. From 1994 to 2004, the death rate from high blood pressure increased nearly 27%, and the actual number of deaths rose 56%. In fact, of the one in three adults who have high blood pressure, almost 72% were aware of their condition. And although the cause of 90-95% of the cases of high blood pressure isn’t known, the good news is that high blood pressure is easily detected and usually controllable through a combination of diet, exercise, medication, and more recently, nutritional supplements.

A recent study published in the February 7, 2008 edition of the journal Hypertension even went so far as to suggest that reducing the risk of high blood pressure may be as simple as incorporating low-fat milk into one’s diet. The study results revealed that women over age 45 who regularly consumed three or more daily servings of low-fat dairy products were 11% less likely to develop high blood pressure. Researchers attributed the benefit to food sources of calcium and vitamin D because the preventative effect was not evident in participants taking dietary supplements.

The study, titled “Hypertension in Middle-Aged and Older Women Dietary Intake of Dairy Products, Calcium, and Vitamin D and the Risk of Hypertension in Middle-Aged and Older Women,” was led by Lu Wang, instructor in medicine, Brigham and Women’s Hospital, Harvard Medical School in Boston, MA. “Previous population studies have suggested a potential beneficial effect of dairy product consumption on risk of metabolic syndrome, type 2 diabetes and cardiovascular disease,” commented Ms. Wang, regarding why her team decided to concentrate on dairy’s effect on hypertension. “It is reasonable to hypothesize an association between dairy intake and the related health condition hypertension. Earlier studies have explored this association in children, young adults and adults in other countries.

“A landmark trial in U.S., [the] DASH trial (Dietary Approaches to Stop Hypertension), also demonstrated that a combination diet rich in fruits, vegetables and low-fat dairy products had a more profound blood pressure-lowering effect compared with a diet rich in fruits and vegetables alone. We therefore investigated the association in a middle-aged and older U.S. women cohort.”

Ms. Wang pointed out that her team’s study did not investigate the exact biological pathways that how calcium reduces blood pressure. “Instead, our study showed evidence from a population study that women who consumed a greater amount of low-fat dairy products had a lower risk of developing hypertension in 10 years of follow-up,” she said. “Other studies have suggested many possible mechanisms for this benefit, as we discussed in our paper, dietary calcium [can] lower the activity of [the] renin-angiotensin system, improve sodium-potassium balance, inhibit vascular smooth muscle cell constriction, facilitate weight loss and enhance insulin resistance.”

DSM Nutritional Products, Parsippany, NJ, is acutely aware of this phenomenon. In development for five years, its TensGuard dietary supplement ingredient contains dairy peptides that have been proven to help control blood pressure and maintain a healthy heart.

Pete Willis, the company’s senior marketing manager, New Business Development, said the product was borne out of DSM’s specializations in enzyme technology and selective hydrolysis. “The hydrolysation process, applied to casein, yields lactotripeptides, which have been used in fermented milk drinks for blood pressure management in Japan since 1996. We realized that we could create a cleaner and more potent form from a casein hydrolysate that could be used in most foods and beverages, and also as a supplement,” he said. “TensGuard is the only product that contains 100% IPP (Isoleucine-Proline-Proline), the most potent lactotripeptide for blood pressure management.”

Inert dairy products contain little or no lactotripeptides, he explained. To become effective, these peptides first need to be released through enzymatic pre-digestion. “They are found in trace amounts in fermented milks, some cheeses and baby formulas. To unlock the bioactive lactotripeptides, the protein chains in dairy products must be cleaved (hydrolyzed) to isolate certain molecules in the amino acid chain. These are typically the IPP, VPP and LPP sequences, with IPP having the greatest efficacy.”

In addition to dairy-derived blood pressure management ingredients, a bounty of existing nutraceuticals have also demonstrated promise in addressing mild blood pressure disorder Some have even been show to be synergistic when used in conjunction with a doctor prescribed drug regimen.

“There is plenty of documentation to show that taking a daily multivitamin with minerals helps provide nutrients that may be missing from your regular diet; they also help the body cope with stress and fight disease,” said Emilio Gutierrez RPh, vice president of tech services, BI Nutraceuticals, Islandia, NY. “B-Complex vitamins help lower blood pressure, lower cholesterol and combat congestive heart failure. These are best taken in combination with vitamins C, D and E. On the mineral side, magnesium, selenium, chromium, copper and zinc are most often utilized in healthy-heart formulations due to their effect of lowering blood pressure and cholesterol; they also possess antioxidant properties.”

Suitable herbal antioxidants include rosemary extract, green tea extracts with low caffeine content and grape seed extracts. Ginkgo biloba has also been suggested because it improves circulation by thinning the blood. “Sedative herbs…cause a calming effect and in turn lower blood pressure. [These] include chamomile, valerian root and hops,” he said. “[Additionally,] hawthorn berry is specifically taken for many heart ailments such as congestive heart failure, angina, arrhythmias and high blood pressure. It works by increasing force of the heart beats and by relaxing arteries blood vessels throughout the body.”

Mr. Gutierrez also said that one of the latest trends involves the use of “Superfood” antioxidants in both supplements and beverages. He said goji berry, acai berry, bilberry, blueberry, cranberry and pomegranate, among others, offer a nutritive value combined with powerful radical scavenging effects.

Other newer formulations employ amino acid combinations as well as chemicals naturally found or produced in the body that have healthy-heart or healthy blood pressure claims. “The verdict is still out on their effectiveness,” said Mr. Gutierrez, “but the more common ones include L-arginine, inositol, alpha lipoic acid and creatine.”

Pycnogenol has also shown promise in the realm of cardiovascular health. Highlighted in Dr. Robert Kowalski’s book Take the Pressure Off Your Heart – 8 Weeks to Lower Blood Pressure Without Prescription Drugs, a plethora of clinical research has demonstrated that Pycnogenol is highly effective for keeping blood vessels in good shape and keeping cardiovascular health problems at bay. Among them was a double-blind, placebo-controlled, cross-over study with patients with borderline hypertension, who were not yet receiving anti-hypertensive medication. Pycnogenol supplementation over a period of eight weeks “significantly” lowered blood systolic blood pressure as compared to placebo. Diastolic pressure was found to be lowered as well [Hosseini et al, 2001].

And finally, another clinically proven, patent pending blood pressure nutraceutical is MegaNatural-BP, a “super antioxidant” grape seed extract from Polyphenolics, a Sun Lakes, AZ-based division of Constellation Wines US. According to the company’s Ronald Martin, vice president of sales and marketing, the product has demonstrated the ability to lower blood pressure for patients with “metabolic syndrome” and/or Pre-hypertension. “The product can be used by itself or in combination with prescription drugs under doctor’s supervision,” he explained. “It will work synergistically with prescription drugs because it has a different mechanism of action than any of the hypertension drugs in the market.”

In 2006, cardiovascular researchers at UC Davis, School of Medicine completed the first human clinical trial to study the benefits of grape seed extract on patients with high blood pressure. The one month study was conducted on 24 male and female patients diagnosed with metabolic syndrome, which is a combination of factors that add up to high risk for heart disease, including elevated blood pressure, excess abdominal body weight, high blood cholesterol fats and high blood sugar.

The patients were divided into three groups of eight. The first group received a placebo while the second and third groups received 150 mgs and 300 mgs, respectively, of MegaNatural-BP. All of the participants’ blood pressures were automatically measured and recorded for 12 hours after ingestion.

The results of the study prompted the UC Davis research team to embark on a second placebo-controlled human clinical study of grape seed extract, this time looking at its benefits for pre-hypertension patients with systolic pressure of 120-139, and diastolic blood pressure of 80-89. The study results, released last May, concluded that grape seed extract may play a beneficial role in helping people diagnosed with pre-hypertension manage their condition.

The most current study focused on adults suffering from pre-hypertension, or elevated blood pressure, which increases the risk of having a heart attack or stroke. Blood pressure decreases when the blood vessel walls are relaxed and the interior of the blood vessel (lumen) can dilate, or increase in size. This effect, called vasodilation, helps the body achieve positive physical gains beyond healthy blood pressure.

“Grape seed extract is rich in polyphenolic substances, which are known vasodilators. It works by acting on specific receptors within the endothelial cells,” said Dr. Kappagoda. “This study indicated that the unique grape seed extract, supplied by Polyphenolics, does in fact help lower blood pressure in pre-hypertensive patients.”

Those patients who were given the grape seed extract showed an 8 mm drop in systolic pressure versus 0 for those in the placebo group; and a 5 mm drop in diastolic pressure versus an increase of 2 mm in the placebo group. “These statistically significant findings suggest that the unique grape seed extract…might be beneficial in people with pre-hypertension when used in conjunction with other lifestyle modifications, including diet, exercise and weight management. The Joint National Committee (JNC7) does not recommend drug therapy at this time for these individuals,” said Dr. Kappagoda.

For the growing number of Americans grappling with hypertension and related conditions, the nutraceutical industry is continuing its research endeavors with the goal of offering consumers alternatives and complementary therapies to the standard treatments of diet, exercise and prescription medications. 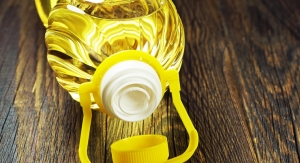 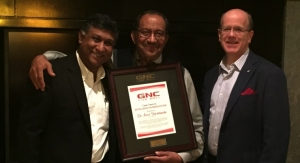 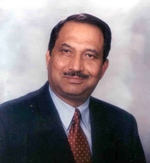 An Interview with Anil Shrikhande 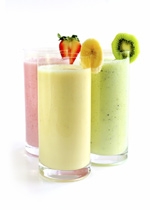 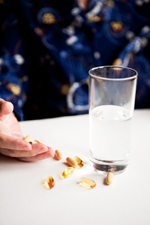 The Evolution of Antioxidants