Yes, absolutely. Size matters.
The market for “male enhancement” products has seen—pardon the pun—impressive growth over the years. According to Nutrition Business Journal (NBJ), Boulder, CO, the sexual health dietary supplement market grew 8% to $476 million in 2007. Sales have slowed a bit since then, growing 1% to $478 million in 2008. Still, an estimated 30 million men currently have erectile dysfunction (ED).
At one point, it seemed taboo to talk about health matters like this publicly. But the launch of Viagra at the turn of the 21st century did more than spark a few love lives. It set off a wave of product introductions (from drugs to supplements…to supplements spiked with drugs, unfortunately), as everyone raced to get a piece of the action.
You’ve seen the ads that assure it’s ok to talk about ED with your doctor. (And why not? Apparently it’s also acceptable to talk about it at any time of day on the TV in your living room.) Vying with drugs like Viagra, Cialis and Levitra, the nutraceuticals industry has taken its shot at men looking for a little “pick-me-up.”
Recently I saw a “natural male enhancement chewing gum” called Sexlets, which is designed to increase male libido. The tagline? “Let’s Sex.” (Sorry, I couldn’t help but chuckle a little bit about that one.) According to the company, the product “delivers a proprietary blend of natural male stimulating ingredients which are directly absorbed into the body's bloodstream. Chewing the gum releases these natural actives and allows absorption through the capillaries.” Sounds like sexy drug talk to me. The message here? Sleek and sexy marketing (or sleazy, depending on your perspective) is one thing, but I’d be careful about what you claim your product does, and how it does it.
FDA clearly has an eye on this market. Not to overlook responsible dietary supplement companies, but it seems every few months the agency issues a warning about another round of sexual enhancement products posing as dietary supplements that in fact contain undeclared active ingredients of FDA-approved drugs, analogs of approved drugs or other compounds that do not qualify as dietary ingredients.
The latest case I saw involved a man from Orange County, CA, who is already serving a 10-year federal prison sentence for healthcare fraud. Phu Tan Luong, also known as Peter Luong (no, that’s not a joke), and his 26-year-old daughter were charged in April this year with distributing misbranded drugs called “Vitalex.” Advertised as “herbal sexual enhancement supplements,” according to FDA, the product actually contains an analog of acetildenafil, a drug that acts as a phosphodiesterase inhibitor and is a structural analog of sildenafil (Viagra).
Much like spiking sports nutrition “supplements” with steroids, the practice of contaminating sexual enhancement products with the very drugs the broader supplement industry differentiates itself from, is not only irresponsible, but potentially deadly. The target market—I think—is older men, who are more likely to be taking other prescription medications. And we all know the potential dangers of drug interactions.
I’d be remiss if I didn’t mention Smiling Bob in an article like this. Even after Steve Warshak, founder of Berkeley Premium Nutraceuticals—makers of Enzyte—received a 25-year prison sentence following convictions of conspiracy, fraud and money laundering, Smiling Bob (the product’s marketing persona) is, well, still smiling—and still in business, helping other people get down to business. Obviously, sex sells. But at what price?
Editor’s note: Look for Rebecca Wright’s article on the Men’s Health market in June.
Related Searches
Related Knowledge Center
Suggested For You 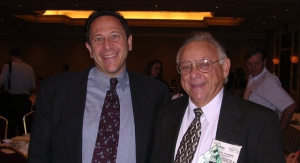 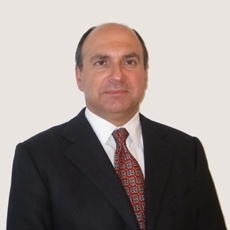 The Tangled Web of Sex and Nutraceuticals

A Case of Mistaken Identity

From the Editor: A Healthy Mix of Good News/Bad News