The lawsuit, filed in the U.S. District Court, New Jersey on July 30, 2014, alleged Prakruti was selling products that infringed upon Sabinsa’s Curcumin C3 Complex under U.S. Patent 5,861,415, which protects compositions, methods of use, and methods of extraction of a nutritional supplement in the U.S.

In addition to any undisclosed monetary settlement, Prakruti has agreed to discontinue any and all future sales of Curcumin to outside distribution. The proposed Final Consent Judgment stipulates that the ’415 Patent was valid, enforceable, and properly issued by the U.S. Patent and Trademark Office.  Sabinsa has patents related to Curcumin both in the U.S. and Europe.  In the U.S., Sabinsa continues to litigate the willful infringement of the ’415 patent by HerbaKraft, Inc., NutriBioLink LLC, and Olive Lifesciences Private Limited.  In Germany, Sabinsa continues to litigate a European Curcumin patent infringed by Olive Lifesciences.

"Both sides of this suit favored resolution and came to terms that were more than amicable, while the agreement also sustains Sabinsa’s Curcumin patent to the highest degree,” said Sabinsa founder Dr. Muhammed Majeed. “This settlement sends a clear message to all suppliers on foreign soil that Sabinsa is very serious about defending its’ patents. This win clearly shows that sitting in India while violating our Curcumin patent, does not mean you can escape IP theft consequences. We also see this as a win for our customers and their consumers alike, because the Curcumin C3 Complex brand has been defended and protected."

"The consent judgment should serve as a warning to those businesses that trade on Sabinsa's efforts, investments, and innovations,” said James H. Hulme, Partner, Arent Fox LLP, theattorney who represents Sabinsa in IP infringement matters.”If you infringe on Sabinsa's intellectual property, you will be called to account in a court of law."

Because of Sabinsa’s patent other companies can certainly sell a variety of Curcumin products, however they may not sell copy cat versions of Sabinsa’s unique composition ratio, nor market it for its antioxidant use, nor use the Ethyl Acetate extraction method developed by Sabinsa and outlined in Sabinsa’s patent.

Curcumin C3 Complex is a Registered Trademark and Patented product of Sabinsa Corp., and is protected under U.S. Patent No. 5,861,415, and International Patents and Patents Pending.The name C3 Complex was chosen to represent the ingredient’s three main chemical compounds: Curcumin, Demethoxycurcumin & Bisdemethoxycurcumin, collectively known as Curcuminoids. Curcumin C3 Complex is a specific mixture of Curcuminoids, making it a unique form of Curcumin quite different from generic Curcumin extracts. It has been used in more clinical studies than any other Curcumin ingredient in the world.
Related Searches
Suggested For You 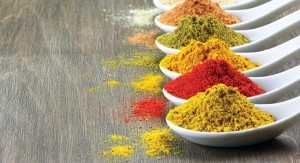 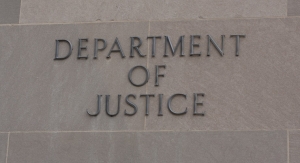