A new definition could facilitate a clearer diagnostic and prescription framework.

Infant colic, also known as excessive crying syndrome, is nowadays the most frequent and disconcerting causes of visit to pediatricians during an infant’s first 12 months of life. This condition is undoubtedly a serious problem for family quality of life as it can lead to parental exhaustion, loss of patience and concentration, frustration, feeling of incompetence, fear of harming the child and even reduction of face-to-face interaction with the child. Moreover, excessive crying syndrome may increase the risk of adverse outcomes for the child in later years, including anxiety, aggression, hyperactivity, allergy, sleep disorder and deterioration of mental health.

Despite its potential negative effects on infant and parental health, no consensus has been reached on its definition. Colic is bibliographically characterized as unexplained and inconsolable crying (“fussy”), which causes distress to parents. Nevertheless, the term fussing is a very subjective measurement due to the difficulty for parents and physicians to categorize the type of crying. Consequently, one of the most used inclusion criteria for colicky infants is based on a time rule (i.e., based on modified Wessel’s criteria) as: more than 3 hours of crying per day for 3 or more days for at least 1 week. However, unexplained crying doesn’t have to reach more than 3 hours per day to cause parental distress. In fact, in the daily practice of primary healthcare centers and hospitals, there is a noticeable population of infants that—while it does not fit Wessel’s time criteria perfectly—show an abnormal and unexplained crying.

Gap in Practice
Therefore, there is an obvious gap between the academic definition of colic and the way doctors manage these aforementioned cases. Some data from Catalonia, Spain, support this observation. For example, according to data from the Catalan Institute of Statistics (IDESCAT) and the Official Association of Pharmacists of Barcelona, total sales of the six most important products for colic treatment during 2012 were 75,766 units, whereas the number of births in 2011 was 80,861 newborns. Although the ratio of prescription is not 1:1, this proportion is very far from the expected prevalence of colic or the difficulty observed in the recruitment of infants according to Wessel’s criteria in published trials. Several works in which the authors analyze and compare the prevalence of crying in function of the criteria employed also point toward this direction (i.e., Reijneveld, S.A. et al. 2001, Excessive infant crying: The impact of varying definitions. Pediatrics, 108, 893-897).

Thus, strict acceptance of Wessel’s criteria may not be realistic for diagnosis of infant colic as well as for inclusion of infants in clinical trials. This can be considered a relevant matter of concern, especially regarding the inclusion of infants in clinical trials as other inclusion criteria can significantly increase the bias of the sample population. For instance, the effectiveness of many products for colic are exclusively studied in populations of breastfed, but not formula-fed, infants. Besides, most of these studies include a percentage of infants born by cesarean section, which is much lower than that reported in current statistics in developed countries (e.g., cesarean delivery rate in the U.S. is approximately 30% according to the latest data available from the World Health Organization).

A Revised Definition
Considering all these arguments, it seems the classical definitions of infant colic and inclusion criteria in clinical trials should be revised. For instance, based on the characteristic paroxysm of infant colic, the distress caused to parents and daily medical practice, we propose that infant colic can be more realistically defined as: an “intense, persistent and inconsolable crying, problematic for the normal family unit functioning, which implies at least 60 minutes per day in 3 or more episodes in 3 or more days observed during at least 1 week, previously ruling out an organic etiology, like intestinal intussusception or others.” Moreover, we would like to stress the importance to include breastfed and formula-fed infants as well as a more realistic proportion of infants born by cesarean section in clinical trials.

Overall, under a modest point of view, taking into account these considerations would facilitate a clearer diagnostic and prescription framework, as well as the inclusion of subjects for epidemiological and research programs. We personally believe that it would allow to provide better insights regarding the etiology of infant colic and to improve the assessment of efficient treatments. 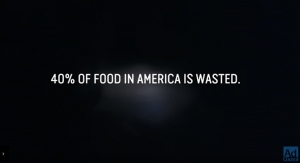 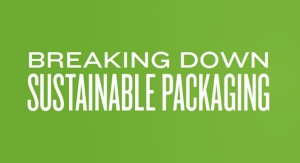 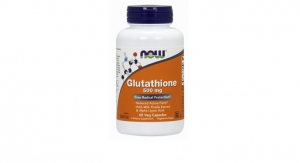