K2 and calcium are abundant in many animal products, leading to a demand for vegan alternatives in dietary supplements. 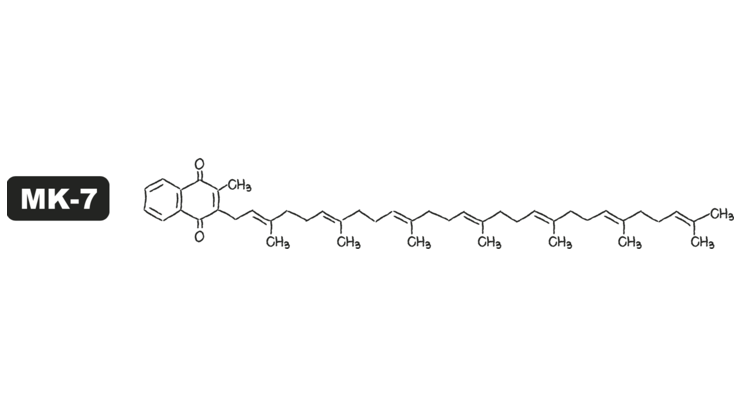 Kappa Bioscience, the maker of K2VITAL vitamin K2 as MK-7, has received vegan certifications for its vitamin K2 and marine calcium ingredients.

The new certifications for MCCC powder, MCT oil, and microencapsulated K2VITAL DELTA vitamin K2 products now provide vegan-certified options across the full K2VITAL line. The certification was conducted by the internationally-recognized Vegetarian Society, which was founded in 1847.

The vegan consumer market and lifestyle are growing trends, with health consciousness being one of the main drivers of its growth. With the vegan diet comes concerns about deficiencies in certain nutreints, including vitamin D, B12, and selenium. This had lead many who follow a vegan diet to take dietary supplements. Vitamin K2 is a frequent co-ingredient with vitamin D because it helps regulate calcium, for bone and cardiovascular health. Kappa’s certification helps ensure that vegan consumers have vegan-approved vitamin K2 supplement options.

Vegan approved certifications strengthen Kappa’s vitamin K2 product portfolio, the company reports. Approvals establish that certified K2VITAL products are vegan compliant and GMO-free. Vitamin K2 is an essential vitamin which activates proteins that integrate calcium into bone and prevent calcification of vessels and arteries. While some K2 is produced by the body from vitamin K1, which can be obtained from green leafy vegetables, the primary sources of vitamin K2 are meat, eggs, and certain cheeses in western diets. Kappa’s Vegan Approvals provide assurances to vegan consumers who wish to supplement K2 alone, or in a vegan-approved D & K2 product.

“Kappa has a long history with vegan-compliant vitamin K2 and calcium supplement products,” Garnet Pigden, president of Kappa U.S., said. “Having vegan-approved options across our full K2VITAL product line only strengthens this. Kappa ahs developed over 150 vitamin K2 product concepts in our latest Formulation LookBook, many of which have been launched by major brands. A significant number were specifically designed to be vegan compliant, and these new certification only expand our ability to create products to meet this growing consumer segment.”

K2VITAL activates osteocalcin proteins which incorporate calcium into bone, and matrix Gla proteins prevent calcification of vessels and arteries. New research demonstrates that vitamins D3 and K2 work synergistically for bone and cardiovascular health, each functioning more effectively in the presence of the other.