The trade association pitched import alerts and a greater participation in the SSCI throughout the pandemic and its related shortages. 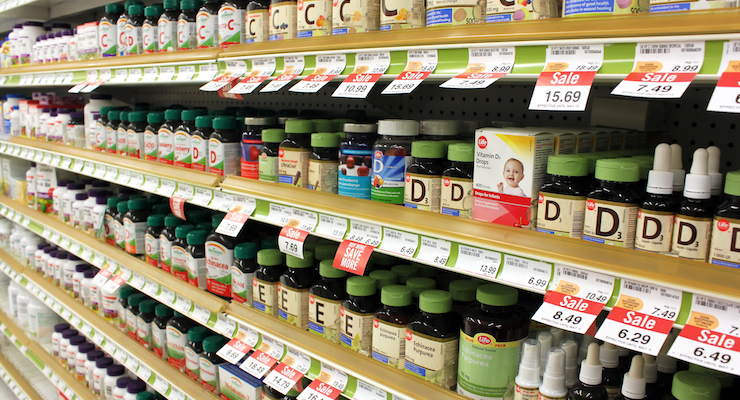 Amid reported shortages of products and natural ingredients that has hit the dietary supplements and broader nutrition industry as a result of shutdowns and delays related to the COVID-19 pandemic, the Washington, D.C. based Natural Products Association urged the Food and Drug Administration (FDA) to issue import alerts for nutritional supplements which are not in compliance with New Dietary Ingredient (NDI) regulations.

When product innovators introduce a new dietary ingredient into a formulation, they must go through a rigorous NDI approval process. Because the regulatory framework surrounding NDIs is looser than that which exists in the pharmaceutical industry, companies can introduce similar NDIs to those which are already approved without going through the federal regulatory process identical to the original NDI.

NPA’s comments came in a letter prior to a Senate Finance Committee hearing, “COVID-19 and Beyond: Oversight of the FDA’s Foreign Drug Manufacturing Inspection Process,” which took place on June 2.

NPA expressed its concern that FDA is falling behind on the Food Safety Modernization Act (FSMA) inspection cycle as a result of the agency’s suspension of foreign manufacturing facility inspections, which began in March as a result of the COVID-19 outbreak. FDA shortly thereafter suspended domestic inspections of facilities under its auspices as well.

In the fiscal year 2019, less than 50 NDI notifications were submitted to FDA to establish the safety of NDIs in supplements.

“The COVID-19 health crisis is not an excuse for the FDA to stop doing its job,” the agency said in a statement. “Unfortunately, the FDA has neglected a series of its enforcement obligations over the past several years, meaning unsafe and untested dietary supplement ingredients are being imported to the U.S. and reaching store shelves. Adulterated ingredients that have not completed the New Dietary Ingredient notifaction process are entering our country at an alarming rate and it’s been roughly six years since the FDA provided dietary supplement import alerts to prevent this. This puts American consumers at risk and compliant U.S. supplement-makers at a terrible disadvantage.”

An FDA import alert, NPA says, would require no additional resources but would be an effective measure that would provide important information to the agency to facilitate their enforcement of current dietary supplement regulations. An import alert essentially puts the onus on companies to ensure that they are in compliance with FDA’s laws and regulations, and was last employed in 2014 in response to the safety concerns surrounding Kratom imports.

The SSCI is an industry-driven series of safety standards throughout the entire dietary supplement supply chain, which companies must meet or exceed in order to be certified SSCI.
Related Searches
Related Knowledge Center