Mix of Carotenoids Has Protective Effects on Skin

After 12 weeks of carotenoid supplementation, participants had higher carotenoid levels in their skin, and were more resistant to UV radiation. 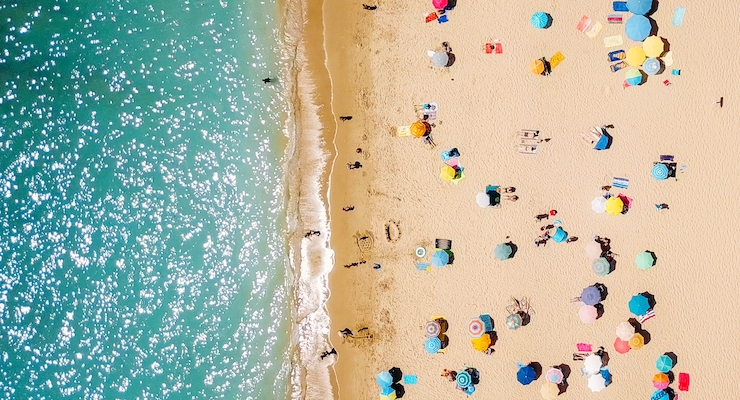 Researchers said that the results warranted further investigations into possible effects on photoaging, and UV-related carcinogenesis.
04.20.20

While it might not be characterized as an ingestible form of sunscreen, a cocktail of carotenoids showed significant protective effects against skin pigmentation changes from long-wave (UVA) and short-wave (UVB) forms of radiation, in a 12-week, randomized, double-blind, placebo-controlled study.

The study, which was conducted at the Leibniz Research Institute for Environmental Medicine in Germany, in collaboration with Amway Corporation and published in the journal of Photodermatology, Photoimmunology, and Photomedicine, evaluated the effects of taking a supplement containing B-carotene, a-carotene, lutein, and zeaxanthin at a standardized dose three times daily.

After 12 weeks of supplementation, the minimal persistent pigmentation dose (MPPD) of each volunteer was assessed by visual grading 20-24 hours after irradiation with a Dermalight test. An increased MPPD reading indicates increased protection against UVA-induced skin pigmentation.

It was found that a daily oral intake of the carotenoid complex increased UVA-induced MPPD values significantly, compared to the placebo, which evidences that carotenoids can protect the human skin against UVA-induced pigmentation and UVA radiation. This is the first clinical evidence that oral intake of such carotenoids can protect human skin against the sun’s harmful rays, researchers said.

The carotenoids’ protective effect against UVB radiation was measured by evaluating participants’ minimal erythema dose (MED), which is the minimal amount of energy required to induce visible redness of the skin. MED is defined as a uniform, clearly demarcated redness at 16-24 hours after UV exposure. Significiant differences were observed between the placebo and intervention group at 4, 8, and 12 weeks. In the intervention group a significant increase was observed in the amount of UVB required to induce erythema.

The researchers proposed that the photoprotective effects are due to the antioxidant activity of the carotenoids complex, as supplementation increased both the carotenoids quantities and antioxidant capacity in human skin. Researchers said that the results of this study warrant further research into the role carotenoids might play in UV-induced conditions such as photoaging, and carcinogenesis associated with UV damage.
Related Searches
Related Knowledge Center