In young, lean, healthy women, this carotenoid demonstrated its potency as a free radical antioxidant with a host of immune-influencing activities.

NAXA, the National Algae Astaxanthin Association, recently shared a study on the positive impact that astaxanthin, a natural red carotenoid pigment found in microalgae and certain types of seafood, has on immune system modulation. Following 28 pre-clinical and five human trials conducted at Washington State University, led by Boon Chew, PhD, researchers concluded that improvements were seen in a variety of biomarkers, at first in test tubes, then in animals, and, finally, in human study participants.

According to the study authors, astaxanthin is known to modulate immune response, inhibit cancer cell growth, reduce bacterial load and gastric inflammation, and protect against oxidative stress in in vitro and rodent models. This study was the first to assess whether astaxanthin has any form of immune system modulation when consumed by people.

All of the participants in this study were young, healthy lean females averaging at 21.5 years old.

In a double-blind, placebo controlled study conducted over eight weeks, participants received a 2mg dose, an 8 mg dose, or a placebo daily for eight weeks. Immune response was tested on weeks 0, 4, and 8, and a tuberculin test was also performed at the conclusion of the eight-week period.

Astaxanthin was demonstrated to several times more active as a free radical antioxidant than B-carotene and a-tocopherol in previous studies, researchers said.

“Dietary astaxanthin enhanced both cell-mediated and humoral immune resopnses in young healthy females,” researchers wrote. “All of these immune responses were generally observed after eight weeks of supplementation following a cutaneous tuberculin injection.”

“Natural killer cells serve in an immuno-surveillance capacity against tumors and virus-infected cells; therefore, astaxanthin may play a role in cancer etiology.”

T cell and B cells saw higher subpopulations after supplementation. These cells are involved in immune-regulation and antiviral activity, respectively. The skin tuberculin test also showed an increased expression of the leukocyte function antigen LFA-1.

“In fact, cumulative oxidative damage to the mitochondria is considered the main culprit of cell senescence which in turn is responsible for aging and the development of age-related chronic diseases,” the researchers concluded. “The ROS can induce redox-sensitive transcription factors such as NFkB and AP-1, which regulate genes controlling production of chemokines, inflammatory cytokines, and adhesion molecules which stimulate phagocytic infiltration. Conversely, astaxanthin, acting as a potent antioxidant, can inhibit ROS-induced production of these transcription factors, thereby decreasing inflammation.”

The researchers concluded that, while the population was demographically homogenous, they believe that further research will yield similar results in a wide variety of participant types.

“Overall, this study shows that dietary astaxanthin enhanced immune response, and decreased a DNA oxidative damage biomarker and inflammation in young healthy females. It is the initial scope of the study to focus on a narrow population with regards to age, gender and race; however, antioxidants generally show greater physiologic modulation under excess amounts of oxidative stress, in immuno-compromised individuals, and with longer feeding periods,” the study concluded. “These likely explain the lack of efficacy in certain response measures studied. Future studies with astaxanthin administration will include these parameters. However, our present study suggests astaxanthin to be a bioactive natural carotenoid that may be important to human health.” 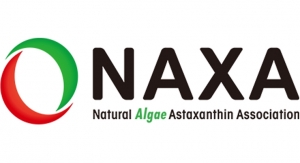 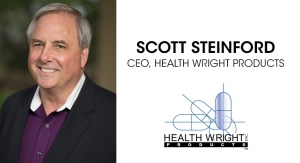 An Interview with Scott Steinford, Founder of Trust Transparency