Could Prebiotics Help with Better Sleep?

Researchers saw improved sleep before and after stress in rats being fed a prebiotic-rich diet. They also identified the metabolites that could be responsible. 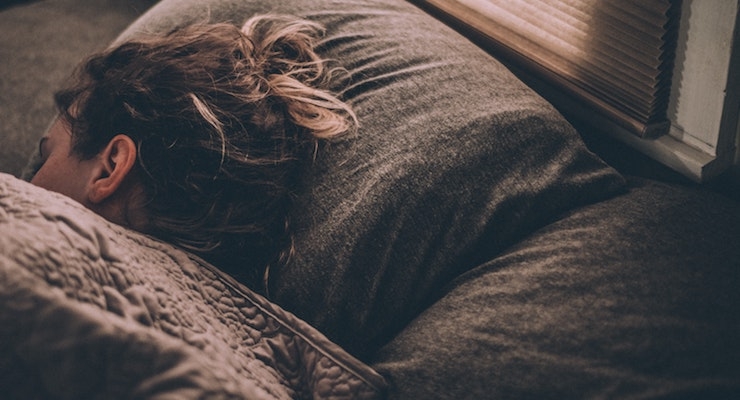 According to the CDC, 35.2% of all adults in the U.S. sleep less than seven hours per night. These short sleepers are more susceptible to adverse health risk factors, such as obesity, physical inactivity, smoking, and excessive alcohol use, the CDC reported in the same survey.

Sleep-related problems, often associated with one of the ten major sleep disorder categories, afflict about 50-70% of Americans, according to the American Sleep Apnea Association. The latest development in a line of much-needed research suggests that changes to the gut might have some viability to help certain sleep-deprived individuals.

According to a study conducted by the University of Colorado Boulder, evidence suggests that specific prebiotic fibers can improve sleep and boost stress resilience by influencing the bioactive molecules produced by gut bacteria.

Robert Thompson, a postdoctoral researcher and lead author of the study, said that prebiotic fiber has benefits that are understood to stretch well beyond digestive health.

“The biggest takeaway here is that this type of fiber is not just there to bulk up the stool and pass through the digestive system,” Thompson said. “It is feeding the bugs that live in our gut and creating a symbiotic relationship with us that has powerful effects on our brain and behavior.”

Probiotic bacterial strains, found within the trillions of bacteria that make up a person’s gut microbiome, are known to have beneficial effects. Prebiotics are fibrous materials which allow these bacteria to flourish, and cause the release of compounds which yield various health benefits.

The study was conducted as a follow-up to a previous study on adolescent male rats, who were fed standard chow, or chow infused with prebiotics.

Rats on the prebiotic diet spent more time in restorative non-rapid-eye-movement (NREM) sleep. Additionally, they also spent more time in REM sleep, which is theorized to be crucial for stress recovery. After being exposed to stressors, the rats on standard chow saw an unhealthy flattening of the body’s natural temperature fluctuations, learning deficits, depressive-like behavior expression, as well as a drop in microbiome diversity, whereas prebiotic supplementation mitigated these effects in the prebiotic rat group.

Rats on the prebiotic diet also had substantially different metabolite makeup of novel, microbial-dependent metabolites in their fecal samples, including higher amounts of fatty acids, sugars, and steroids, which are believed to have some affect on behavior through gut-brain signaling pathways.

The metabolic makeup of the samples also differed after rats were exposed to stress. Rats on the standard chow diet saw dramatic spikes in allopregnanolone precursor and Ketone Steroid, both believed to cause sleep disturbances, while rats on the prebiotic diet did not see such as spike.

Senior Author and Integrative Physiology Professor Monika Fleshner said that more research is required to determine if these effects will be seen in humans, or whether prebiotic supplements could yield the same results for humans as eating foods known to be high in prebiotic fiber.

Vast differences in results are also likely to be expected due to the variances in people’s gut microbiomes.

“These are powerful molecules with real neuroactive effects and people need to exercise some caution,” she said. “Armed with this information, we might be able to develop a targeted therapeutic that boosts the molecules that buffer against stress and tamps down the ones that seem to disrupt sleep,” she said. “It’s exciting to think about.”