A recent clinical study published in the Journal of the American College of Nutrition demonstrated improved absorption, cellular uptake and reduction of magnesium deficiency symptoms for the time-release magnesium supplement MagSRT. The Scottsdale Magnesium Study showed an improvement of 22% for serum magnesium, an increase of 30% for red blood cell (RBC) magnesium and a reduction of magnesium deficiency symptoms by 63% for individuals receiving MagSRT. Furthermore, the MagSRT dosage (500 mg/day) was well tolerated by nine out of 10 participants.

“The Scottsdale Magnesium Study is the first peer-reviewed clinical trial of a time-release magnesium supplement versus a placebo,” said Dr. Decker Weiss, a naturopathic cardiologist and principal investigator in the study. “Considering that 75% of participants had suboptimal magnesium levels at baseline, we were extremely pleased about the significant increases in magnesium serum and magnesium RBC, and the corresponding decrease in magnesium deficiency symptoms in the MagSRT group.”

The Scottsdale Magnesium Study included a standard clinical population of 91 adults in a placebo-controlled study. Fifty-three individuals received MagSRT at 500 mg/day, while the remaining participants received a placebo. Baseline measurements were collected prior to trial initiation. Serum magnesium was measured four and eight hours after participants ingested two tablets (250 mg each) of MagSRT or a placebo. After 30 days, RBC magnesium was evaluated and a magnesium status questionnaire was completed. A subset of MagSRT participants (24) continued the study for 90 days and RBC magnesium and the questionnaire were again evaluated.

Key results in the MagSRT group were: MagSRT was developed by Jigsaw Health to offer consumers a gentler, better absorbed form of magnesium. The supplement is based on a proprietary, Sustained Release Technology (w/SRT) that offers an extended release of magnesium over time. 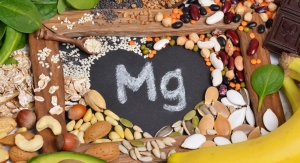 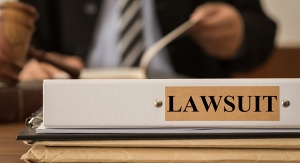