Annatto tocotrienol is a promising bone health promoter, according to a clinical study in post-menopausal women.

In the 12-week study of 87 postmenopausal women, DeltaGold tocotrienol was administered at two dosages (300 and 600 mg/day), both of which led to decreased bone resorption and improved bone turnover rate (buildup). This was compared to an independent and blinded control group that was given a placebo. All subjects, including the placebo group, were also given a daily 400 IU vitamin D and 500 mg calcium supplement.

Osteopenia, defined by a thinning of bone mass, is a precursor and serious risk factor for the development of osteoporosis. According to the International Osteoporosis Foundation, osteoporosis is estimated to affect 200 million worldwide, and causes about 9 million fractures annually. Further, the National Osteoporosis Foundation reports that 22 million American women and 12 million men have osteopenia. Anti-osteoporotic drugs are available and aim to slow bone loss, but they can have serious side effects, such as bisphosphonate-related osteonecrosis—or drug-induced decay—of the jaw (BRONJ). Hence, clinical studies are looking into alternative and safer options to protect the aging bone.

Significant improvements in bone biomarkers were evident after 6 weeks, and even more marked at the end of the 12-week study period. For example, the BALP/NTX ratio (a higher ratio is a measure for bone remodeling) increased ~40% at 6 weeks, and was much higher at 12 weeks, with increases of ~100% for both groups. These results indicate that bone metabolism was strongly favored by supplementation, particularly for the 300 mg/d group.

RANKL is a ligand secreted by osteoblasts, which binds to receptors on osteoclasts and stimulates bone resorption. OPG, on the other hand, inhibits osteoclasts and triggers bone formation. A higher ratio of RANKL/OPG signifies bone resorption. In this trial, the ratio decreased 7-13% after only 6 weeks, and further decreased 13-24% after 12 weeks of tocotrienol supplementation, whereas the ratio of the placebo group increased by 21-36%.

The researchers noted that the osteoprotective effects of annatto tocotrienol are, in part, mediated through suppression of oxidative stress, which manifested through a 49% decrease in urine 8-hydroxy-2’-deoxyguanosine (8-OHdG), a stable and reliable oxidative stress biomarker of DNA breakdown product.

Commenting on the research, Dr. Barrie Tan, president of American River Nutrition Inc. said that “this trial was well-designed and yielded unambiguous findings, where in the post-menopausal state, bone breakdown markers went down, balancing the bone metabolism ratio in a way that promotes healthy bone during a physiologically vulnerable period of life. During menopause, women are under excessive oxidative stress, which may contribute to bone breakdown, and, in this research, DeltaGold clearly reverses oxidative DNA damage,” he explained. Since subjects were seeing benefits with tocotrienol above and beyond vitamin D and calcium supplementation, Dr. Tan added that he is looking forward to seeing more formulators include tocotrienols in bone health products.

Vitamin E is a family of eight separate but related molecules: four tocopherols (alpha, beta, gamma, delta) and four tocotrienols (alpha, beta, gamma, delta). While alpha-tocopherol is found in most multivitamins and is supplemented in foods, a growing base of evidence suggests that this popular vitamin E interferes with the uptake and function of tocotrienols. Tocotrienols are derived from three major sources, including rice, palm and annatto.
Related Searches
Related Knowledge Center
Suggested For You 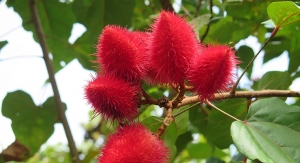