Postmenopausal survivors who consumed an anti-inflammatory diet had a 56% lower risk of dying from cardiovascular disease. 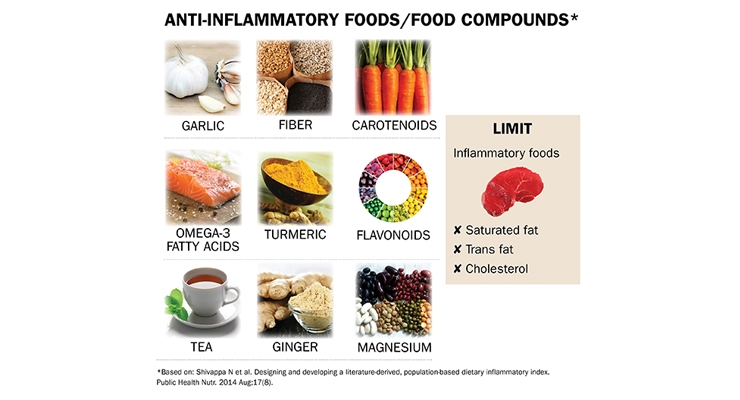 Postmenopausal breast cancer survivors who consume an anti-inflammatory diet after diagnosis—one filled with whole grains, spices, healthy fats and vegetables—appear to have lower risk of cardiovascular disease mortality when compared to those survivors eating a Western-style pro-inflammatory diet, suggests a large new study.

The study was one of over 140 posters presented at the American Institute for Cancer Research (AICR) 25th Research Conference. It is not yet published and has not gone through the peer-review process.

“We know that cardiovascular disease is a leading cause of death among breast cancer survivors, and there was reason to believe from previous studies that diet quality may be important in improved survival, but no one had looked at inflammatory diet potential,” said Susan E. Steck, PhD, MPH, RD, University of South Carolina (USC) Associate Professor and the principal investigator of the new study.

The new study scored the inflammatory potential of 2,150 breast cancer survivors’ diets using a dietary inflammatory index (DII) developed by USC researchers. The women were part of the long-term Women’s Health Initiative Study, all cancer-free and ages 50 to 79 when they entered the study between 1993-1998.

On average, one and a half years after a breast cancer diagnosis, the women completed questionnaires about their dietary habits. Then researchers divided the women into four dietary groups, using the DII to assign a score to their food and food components’ inflammatory potential.

“The women consuming the most anti-inflammatory diets who had the lowest score were eating less saturated fat but more polyunsaturated fat, more fruits and vegetables rich in flavonoids, more fiber and more antioxidant foods such as ginger, garlic and green tea in general,” said USC’s Jiali Zheng, lead author of the study. “The most pro-inflammatory diet we saw was usually high in refined grains, saturated fat and cholesterol, and less antioxidant foods and nutrients.”

After an average of 13.3 years, 580 of the women had died, including 212 from breast cancer and 103 from cardiovascular disease.

There was no link to consuming anti-inflammatory foods with overall and breast cancer specific mortality.

“It’s possible that inflammation may not play as strong a role for breast cancer specifically as it does for other cancers, like colorectal or pancreatic, though it is still important in multiple chronic diseases,” said Dr. Steck, whose research has consistently shown a pro-inflammatory diet links to colorectal cancer.

The next step is a larger study and to investigate the DII in relation to breast cancer survival among survivors with specific hormonal status, said Zheng. But right now, “this study offers guidance to women diagnosed with breast cancer who are looking to choose a healthier diet. What’s important, is that [a lower] DII is not a single food or specific diet, it’s a dietary pattern where all the healthy foods and food components add up together.”

This study was partially funded by the American Institute for Cancer Research.
Related Searches
Related Knowledge Center
Suggested For You 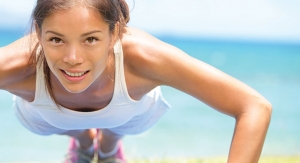 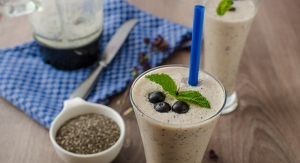