If rats are exposed to bisphenol A in low doses during early development it can lead to reduced sperm count, obesity and changes to breast development and behavior, according to findings of a new study from the National Food Institute, Technical University of Denmark. The results support previous animal studies, which have shown that low doses of bisphenol A can affect development of the metabolism as well as the reproductive and nervous systems.

The chemical bisphenol A, which is used in some can linings and certain plastics as well as thermal paper in receipts, is suspected of causing adverse health effects in humans.

The National Food Institute has performed a large animal study to examine the effects of bisphenol A in rats that were exposed to the endocrine disrupting chemical in fetal life and during lactation. The researchers examined the effects on the growth, the developing brain and the reproductive system of the rats, including mammary gland development.

The doses studied ranged from low doses—equivalent to what people may be exposed to—up to higher doses.

These effects were not observed at the higher bisphenol A doses.

Mammary gland changes that could be indicative of an early stage of breast cancer were observed in aging rats exposed to the second lowest dose of bisphenol A.

The results support previous studies, which showed that particularly low doses of bisphenol A can affect the animals’ development, while higher doses have different effects.

”Our study shows that exposure to low doses of bisphenol A during development can have harmful effects on male sperm count, affect female behavior and contribute to obesity as well as cause effects on breast development in both male and female offspring of rats,” said Professor Ulla Hass from the National Food Institute.

Lower Limit for Bisphenol A Recommended
Other animal studies have previously shown similar effects at equivalent doses. According to the National Food Institute's calculations the tolerable daily intake (TDI) should be 0.7 micrograms per kilogram of body weight per day or lower to be sufficiently protective with regards to endocrine disrupting effects of bisphenol A in humans. In February 2015, the European Food Safety Authority (EFSA) set the TDI for bisphenol A to 4 micrograms per kilogram body weight per day. The National Food Institute evaluates that this TDI does not sufficiently protect against endocrine disrupting effects of bisphenol A.

”The health risks of bisphenol A are especially of concern for highly exposed consumers. This applies in particular to pregnant or nursing women and children, who are especially sensitive to the adverse effects of bisphenol A that may occur at low exposure levels,” Ulla Hass added.
Related Searches
Related Knowledge Center
Suggested For You 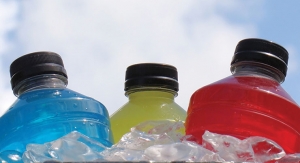 Many Children & Adolescents Get Too Much Caffeine from Energy Drinks 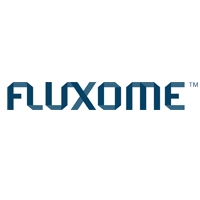