This year’s event set to be 16 times bigger than debut show. 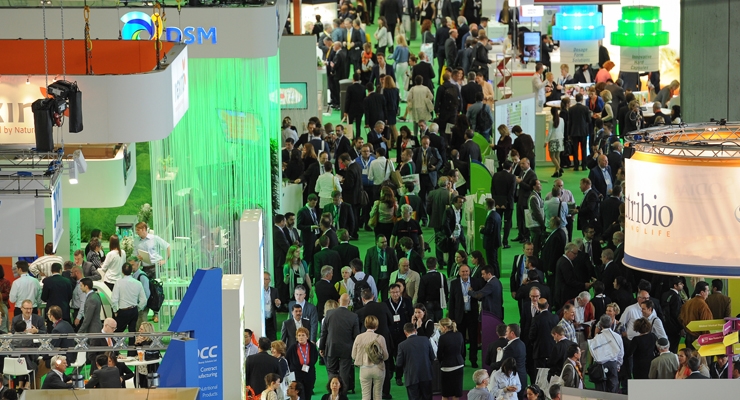 ‘Founding Fathers’ who participated at the first Vitafoods reflect on the changes within the industry.
Related CONTENT
01.18.16

Vitafoods Europe, the global nutraceutical event, will celebrate its 20th anniversary this year — and some of the ‘founding fathers’ who participated at the first edition two decades ago have been reflecting on the dramatic changes that have taken place in the industry since then.

Much tighter regulation, more rigorous science, digital technology and personalized nutrition are just a few of the major developments and trends that have emerged since the first Vitafoods Europe exhibition and conference took place in Copenhagen in March 1997.

Back then, the event featured 100 exhibitors, covered 2,500m2 of floor space and attracted 1,200 visitors. Now held at Palexpo in Geneva, Vitafoods Europe 2016 will boast more than 900 exhibitors in four halls over 40,000m2, with more than 16,500 visitors expected to pass through its doors.

Vitafoods Europe was originally established by Nick Hawker, currently a London-based innovation and cultural transformation advisorin the FMCG sector. Back in 1997 Mr. Hawker was the publisher of a B2B magazine covering food technology. “We were increasingly reporting on the emergence of the nutraceutical industry,” he said. “I believed this new sector needed a dedicated exhibition and scientific conference and I was aware that no such event existed at the time.”

The first Vitafoods Europe was such a success that for the next event it was moved to the more spacious Palexpo in Geneva, where it remains to this day. Mr. Hawkereventually sold the show on in 2003 — it is now owned by Informa Exhibitions — and he said he is delighted with how the event has remained true to the principles that first motivated him to create it.

“Vitafoods Europe has grown enormously from those early days, which is testament to the significant investment that has gone into the show over the years,” he said. “The quality of visitors— which was always one of its great strengths — has remained at a very high level. Without doubt, Vitafoods Europe is now universally recognized as the leading European nutraceutical event — one that enables exhibitors to meet all their customers in one place.”

A number of companies that participated in that landmark first Vitafoods Europe will also exhibit in 2016, including Finland-based dietary supplement supplier Hankintatukku. Export Director Matti Kaarlas — who has been to every edition of the event since it started — said, simply: “Today, Vitafoods is the largest and best show in Europe.”

Giusi Losi, corporate communications at Indena, another company that exhibited at Vitafoods Europe back in 1997, is of a similar view. “Vitafoods is the show for the nutraceutical industry,” she said. “The number and quality of exhibitors and visitors are very good and over the years it has become more and more international. The various features available onsite — such as the New Products Zone, the Innovation Tours and the Vitafoods Conference — are very useful and greatly appreciated elements of the event.”

Antoine Dauby, group marketing director at Naturex —also a Vitafoods Europe exhibitor 20 years ago — said the growth of the event has mirrored the rise of health issues to the top of the political and social agenda all over the world. “Factors influencing the growth of the sector include an ageing population, and the continued spread of diabetes, heart disease and other chronic health ailments linked to poor nutritional habits,” he said. “In line with this, Vitafoods has expanded globally.”

With the nutraceutical industry perfectly positioned to capitalize on these escalating health problems, it is no surprise that the sector has attracted attention from regulators. Accordingly, a key development in the nutrition industry since 1997 has been the advent of new regulations in Europe that have made life much tougher for nutraceutical businesses. Most notable among these are the 2006 Nutrition & Health Claims Regulation and the Novel Foods Regulation, which — like Vitafoods Europe — also came into being in 1997.

Richard Sasse, global product manager at Lonza, was at the first edition of Vitafoods Europe. He stated that today’s market is shaped by the legislation that has come into force in the past two decades — particularly the heath claims regulation, which, he said, has been a mixed blessing.

“Products now require much more support in order to be introduced into the market and to stay there,” he explained. “On the one hand, this means it is easier to sell products that have good documentation to support health claims, especially as the rules are now more uniform across Europe. However, on the other hand, it is now much more difficult to sell products that do not have fully developed supporting dossiers.”

Tighter regulation means that the quality of the science substantiating the benefits of nutraceutical ingredients and products has improved significantly since 1997, according to Mia Casparij, marketing specialist for human health & nutrition at Chr Hansen — another exhibitor 20 years ago. “Overall, the regulatory landscape has attracted more attention to the documentation, purity and origin of products,” she said. “It has probably become more challenging in general, but we see a lot of companies doing a really good job.”

With regulation so central to the nutrition industry in 2016, Vitafoods Europe will feature a new Advice Centre, which will enable visitors to connect one-to-one with expert consultants to discuss specific challenges and opportunities in specialist areas such as regulation, testing, quality assurance and marketing.

Technology is another area that has changed dramatically. Mia Casparij said digital technology is transforming the way consumers engage with nutraceutical products. “There are now mobile apps that help consumers monitor their health, which is part of the consumer trend towards self diagnosis and medication. It’s all about staying healthy by keeping an eye on how well you are doing and reacting if something is not right.”

Antoine Dauby of Naturex believes the emergence of digital technology has been a positive trend, but that it also means nutraceutical companies need to react quickly as consumer behaviour changes in order to maintain sales. “Consumer loyalty is one of the most pressing challenges facing marketers today,” he said. “Thanks to the Internet, people have more information and more options, and are less inclined to stick with a single brand. Businesses need to listen to consumers, so that they can be more responsive to market demand.”

To highlight changing consumer needs at Vitafoods Europe, a new Life Stage Theatre will feature independent experts who will showcase nutrition requirements for people of all ages, from infant to senior. In the Optimal Health Testing Centre, meanwhile, exhibitors will demonstrate how to identify specific health needs and deliver tailored solutions to meet them.

Vitafoods Europe will next take place at Palexpo in Geneva from 10-12 May 2016. Chris Lee, Vitafoods portfolio director at Informa Exhibitions, commented: “For 20 years, Vitafoods Europe has been helping companies operating in the nutraceutical sector to meet the business challenges of the day. Over the past two decades, the event has built its reputation on providing insights not only into current trends, but also into the trends that are emerging now and in the years to come. The 2016 edition of Vitafoods Europe will be no different. In fact, it will be the biggest ever, with a range of new attractions added to ensure visitors get even more out of their trip to the event.”
Related Searches
Related Knowledge Center
Suggested For You 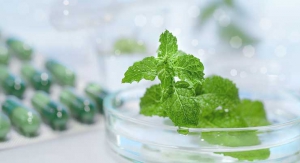 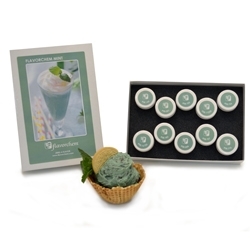 Protein Prices on the Rise