Consuming the carbohydrate complex during early life could provide benefits for brain health into adulthood.

Clasado Biosciences Limited, the producers and suppliers of Bimuno (B-GOS), a unique patented trans-galactooligosaccharide complex, and the Department of Psychiatry, University of Oxford, released the results of its latest pre-clinical study, demonstrating for the first time a major role of B-GOS in modulating brain development at the molecular level in early life stages.

The pre-clinical study is published in the journal Synapse and titled “Neonatal prebiotic (BGOS) supplementation increases the levels of synaptophysin, GluN2A-subunits and BDNF proteins in the adult rat hippocampus.” The study demonstrated that an intake of B-GOS at a critical period shortly after birth modulated the expression of specific key molecules in the brain as it develops. In addition, these changes remained into early adulthood. These molecules are involved in brain development and disease as well as cognition and many neuropsychiatric disorders.

A total of 48 male and female rat pups (24 control vs. 24 B-GOS-fed) were fed either a solution of B-GOS or a B-GOS-free control solution from 3 to 21 days after birth (weaning age). The levels of key proteins were measured in the brain of the rats 1 day or 3 weeks (corresponding to young adults) after the end of the feeding period.

B-GOS increased the levels of the N-Methyl-D-Aspartate receptor (NMDAR) subunit GluN2A brain-derived neurotrophic factor (BDNF) and the pre-synaptic protein synaptophysin for both 22 and 56 day-old rats. No changes in the structural synaptic proteins microtubule-associated-protein 2 (MAP2) and growth-associated-protein-43 (GAP43) were observed. Taken together this data suggests that B-GOS may have affected glutamate neurotransmission rather than synaptic architecture. Further research will be required to better understand the full relevance of these observations.

The effects resulting from B-GOS administration were observed up to 3 weeks after cessation of feeding, at a level comparable to that seen at one day post-feeding. This suggests a long-lasting benefit from B-GOS consumption in early life on brain health and development that can extend at least into young adulthood.

The findings of this study confirm data from previous studies on the effects of B-GOS on the brain gut axis, adult brain expression and on key molecules involved in brain health and cognition (Savignac et al., 2013). The results also provide further confirmation of the potential mechanisms underlying the effects of Bimuno on emotions, neurobiological functions and behavior. These mechanisms of action include the modulation of glutamatergic system, brain-derived neurotrophic factor (BDNF) and other key molecules. Previous studies included a clinical trial demonstrating a positive effect of Bimuno in human anxiety and stress reduction (Schmidt et al., 2015). Pre-clinical studies have demonstrated adult brain molecule modulation and a reduction in post-inflammation anxiety and brain inflammation (Savignac et al., 2015).

“This latest research by Clasado and the University of Oxford further increases our knowledge of the mechanisms underlying Bimuno’s potential impact on brain health,” said Graham Waters, CEO, Clasado. “Although further work is still required, the prospect that consuming Bimuno during infancy may provide benefits for brain development that extend into adulthood, is an exciting one.”

“This latest study using Bimuno provides valuable insights into the complex interactions between diet, and brain development during early life. Interactions that could have profound implications for the ageing brain,” said Dr. Phil Burnet, head researcher, University Department of Psychiatry, University of Oxford. “The results provide the basis for further studies on Bimuno as part of much-needed further research into a variety of brain and mental health conditions.” 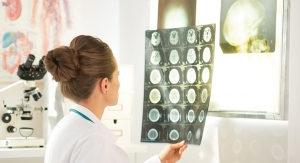 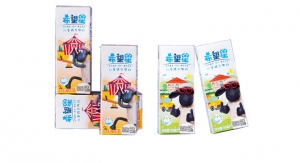 Fatty Acids in Fish May Shield Brain from Mercury Damage