Functional Foods & Beverages
Big changes in the Japanese functional food market make this the top trend for 2015. The Japanese Consumer Affairs Agency will roll out a new health claim labeling system in 2015, which is expected to shake up the market and drive growth. Compared to the current FOSHU (Foods for Specified Health Uses) system, the regulation is expected make non-disease health claims easier to label. Concrete guidelines for the new system will be announced in 2015, with implementation planned for during the 2015 Japanese fiscal year (which starts April 1st).

Dessert Fusions
Innovative fusions will be used to generate consumer excitement in 2015. Fusion baked goods, such as donut-croissants, garnered attention in 2014. In 2015, Japanese food manufacturers are expected to capitalize on this trend. “The sheer number of recent product launches for fusion desserts in Japan will make this an area to watch,” said Yuko. “Already one of largest Japanese donut chains will launch a donut-Danish hybrid in January 2015.”

Taiwanese Inspiration
An ethnic trend expected to increase in Japan is Taiwanese cuisine. Popularity for Taiwanese desserts, including traditional shaved ice and bubble tea, drove the opening of a variety of Taiwanese dessert shops throughout Japan in 2014. In 2015, Taiwanese beef noodle soup will be on the rise. According to reports by the Japan National Tourism Organization, Japanese visitors to Taiwan reached over 1.4 million annually in 2013, a 9.5% increase from 2010. 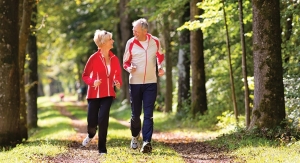