Which dark chocolates provide the most cocoa flavanols—natural antioxidants associated with better blood flow and memory? Recent tests by ConsumerLab.com, White Plains, NY, of seven popular dark chocolate bars claiming to be 45% to 100% cocoa (or cacao) found that a typical 40 gram serving provided from 136 mg to as much as 592 mg of flavanols. Surprisingly, the "% cocoa" on labels was not a good indicator of flavanol content. Some bars claiming 85% or 90% cocoa, for example, had lower amounts of flavanols than those claiming 72%.

"Two hundred milligrams of cocoa flavanols per day is associated with cardiovascular benefits," said Tod Cooperman, MD, president of ConsumerLab.com. "Depending on the bar you buy, you can get this amount from eating as little as 13.5 grams of dark chocolate, or as much as 59 grams—potentially quadrupling your intake of calories. The new test results show which dark chocolates are richest in flavanols, so you can get flavanols with the fewest calories and at the best price." ConsumerLab.com tested products from Baker's, Endangered Species, Ghirardelli, Green & Black's, Hershey's, Lindt, and Trader Joe's.

Fortunately, none of the dark chocolates exceeded contamination limits for heavy metals. In contrast, most cocoa powders have been found by ConsumerLab.com to be contaminated with cadmium, a kidney toxin, or lead.

Raising the Bar (on Chocolate) 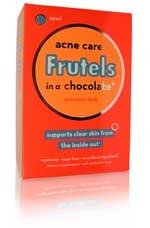 Healthy Chocolate: What Happens When the Buzz Wears Off?