The Republican party’s overwhelming victory on Election Day looks to reshape the power of key congressional committees for the dietary supplement industry. With Republicans winning control of the Senate, and expanding their majority in the house, The American Herbal Products Association (AHPA), Silver Springs, MD, forecasts what changes may be afoot.

Senate. In the Senate, Republicans are currently guaranteed a 52 to 46 majority with one seat, Louisiana, to be determined in a December 6 runoff election and a winner yet to be declared in Alaska. All signs point to GOP victories in both of those states and if that bears out, Senate Republicans will have a 9 seat majority in the 114th Congress. In the current 113th Congress, the Democrats hold a 55 to 45 seat majority.

Senator Mitch McConnell (R-KY), who easily won his re-election race, will become the Senate Majority Leader and John Cornyn (R-TX) is expected to serve as the Majority Whip. It is important to note that despite the significant Republican electoral gains, the GOP does not have the 60 votes required to prevent Democratic filibusters, much less the 67 votes needed to override a Presidential veto. As a result, Senate Republicans will still need modest Democratic support for their measures in order to end the gridlock that has paralyzed the nation's capital in recent years.

The increased House majority should improve Speaker Boehner's standing in the Republican Conference and will make it difficult for those members who have been considering a move to replace the Speaker in the new Congress.

Senate Committees. Long-time supplement champion Sen. Tom Harkin (D-IA) will see his Congressional career come to a close at the end of the year. Sen. Harkin's retirement also signifies changes to the leadership landscape of the Senate HELP Committee, which is the panel that has legislative jurisdiction and oversight over the FDA. With the Senate in Republican hands, it's expected that current Ranking Member, Sen. Lamar Alexander (R-TN), will assume the chairmanship at HELP. It's also believed that Sen. Patty Murray (D-WA) will be the panel's next ranking member.

Besides Harkin, the only other current HELP panel member who will not be returning to the Senate in the 114th Congress is Sen. Kay Hagan (D-NC), one of the high-profile Democrat incumbents who lost her re-election bid on Tuesday.

The current party ratio of the HELP Committee is 12 Democrats and 10 Republicans. It is likely that the ratio will do an exact flip (12 Republicans and 10 Democrats) in the 114th Congress. With the Democrats losing Harkin and Hagan, the remaining Democrat panel membership will stay intact as long as any of those members do not seek another committee assignment. The Republicans will add at least two new members to the panel and perhaps more if any current members decide to jump off the committee.

Outside of losing Harkin as chair of the Senate HELP Committee, perhaps the biggest disappointment is that budding industry champion, Sen. Martin Heinrich (D-NM), will most likely be unable to join the HELP Committee due to the pending ratio change resulting from the Republican take-over of the Senate. Heinrich has expressed interest in serving on the HELP Committee and as a friend of the supplement community this would be the ideal assignment for him to land. The only chance that Heinrich would have to become a HELP panel member in the 114th Congress is if any current Democratic HELP members decide to seek a different committee assignment.

Unlike the House, where the primary jurisdiction of both the FDA and FTC fall under one committee (House Energy and Commerce Committee), the Senate committee that oversees the FTC is the Senate Commerce, Science, and Transportation Committee. While the Republican side of the Senate Commerce Committee remains intact, the Democratic side of the dais lost a quarter of its sitting Members with Tuesday's elections. Montana Sen. John Walsh (D) did not run for election. The retirement of the panel's current chairman, Sen. Jay Rockefeller (D-WV), combined with the loss of Sen. Mark Pryor (D-AR) and the potential loss of Sen. Mark Begich (D-AK) will make for a significantly different committee and brings on a major shakeup of subcommittee chairmanships. At this time, current ranking member, Sen. John Thune (R-SD), will take the top gavel with Sen. Bill Nelson (D-FL) the presumed ranking member.

House Committees. On the House side, the big question on the House Energy and Commerce Committee is who will lead the panel for the Democrats. The panel's current Ranking Member, Rep. Henry Waxman (D-CA), who has been a vocal critic of the supplement industry, is retiring at the end of the year. Vying for the top Democrat slot on Energy and Commerce are Reps. Frank Pallone (NJ) and Anna Eshoo (CA). The final outcome of the Pallone/Eshoo race will be determined by a vote of the entire House Democratic Caucus, which will take place sometime this month. As a co-chair of the Congressional Dietary Supplement Caucus, the industry is pulling for Pallone to prevail in this contest.

Also of note will be the absence of House Energy and Commerce member Rep. Jim Matheson (D-UT) in the 114th Congress. Matheson, who is retiring, was a reliable supplement industry backer and member of the Congressional Dietary Supplement Caucus. However, it is hoped that Rep-elect Mia Love (R-UT), who won the seat that was vacated by Matheson's retirement, will join the Dietary Supplement Caucus and be a friend to this industry, which has a significant presence in her Congressional District.

The dietary supplement community has an interest in the pending House Oversight and Government Affairs Committee chairmanship race. Current chairman, Rep. Darrell Issa (R-CA) is unable to keep the top post on that panel due to House Republican term limit rules for committee chairmen (maximum six year terms). While the Oversight and Government Affairs Committee has limited legislative jurisdiction, its oversight powers cover all federal agencies - including the FDA and FTC. Rep. Chaffetz, who like Rep. Pallone, is a co-chair of the Congressional Dietary Supplement Caucus, has put his hat in the ring to be the next chairman of the oversight panel. The other Republican who is vying for the post is Rep. Mike Turner (OH). The outcome of this race will be determined by a vote of the entire House Republican Conference in the coming weeks, but it is believed that Rep. Chaffetz has the advantage over Turner.
Related Searches
Related Knowledge Center
Suggested For You 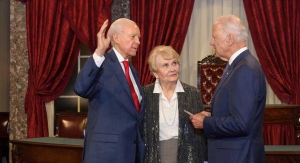