Edible Vegetable Waste Could Be Turned Into Biodegradable Plastic

Chairs, synthetic rugs and plastic bags could one day be made out of cocoa, rice and vegetable waste rather than petroleum, scientists are now reporting. The novel process they developed and their results, which could help the world deal with its agricultural and plastic waste problems, appeared in the American Chemical Society journal Macromolecules.

Athanassia Athanassiou, Ilker S. Bayer and colleagues at the Italian Institute of Technology pointed out that plastic’s popularity is constantly growing. In 2012, its production reached 288 million tons worldwide, but its ubiquity comes at a cost. Synthetic plastics persist for hundreds or thousands of years while releasing toxic components with the potential to harm the environment and human health. Also, plastics are made out of petroleum, which is a nonrenewable source. The shift to more environmentally friendly bioplastics has been challenging and expensive. Athanassiou’s team wanted to find a simple, less costly way to make the transition.

They turned to an organic acid that also occurs naturally and can process cellulose, which is the main building component of plants and also the most abundant polymer in nature. They mixed the acid with parsley and spinach stems, and husks from rice and cocoa pods. Then, they poured the resulting solutions into lab dishes. When tested, the films that formed showed a promising range of traits from brittle and rigid to soft and stretchable—similar to commercial plastics. “This opens up possibilities for replacing some of the non-degrading polymers with the present bioplastics obtained from agro-waste,” the researchers concluded.
Related Searches
Suggested For You 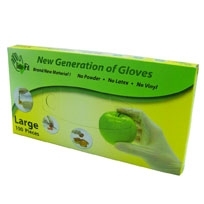