Study finds promoting a healthy diet in infants is important to preventing childhood obesity and the onset of chronic disease.

New findings from a study published in Australian and New Zealand Journal of Public Health indicate that promoting a healthy diet from infancy is important to prevent childhood obesity and the onset of chronic disease.

Led by Rebecca Byrne from QUT, the study described quantity and diversity of food and drinks consumed by children aged 12-16 months. “The toddler years are a critical age in the development of long-term food preferences, but this is also the age that autonomy, independence and food fussiness begins,” Ms. Byrne said. “Childhood obesity in Australia has doubled since 1986, with about 21% of children aged 2-3 years now classified as overweight or obese. ”

She added, “Liking a nutrient-dense diet that incorporates all five food groups is important, as evidence suggests that food preferences develop at this early age and persist into adulthood.”

Nutritional shortfalls associated with an unhealthy diet have led to iron deficiency being a problem for toddlers in both developed and developing countries, she said.  “Although most toddlers were consuming a diverse diet, the amount and type of meat or meat alternatives was poor. Almost all children were consuming foods we would consider completely unnecessary at this age, such as sweet biscuits.”
Related Searches
Related Knowledge Center
Suggested For You 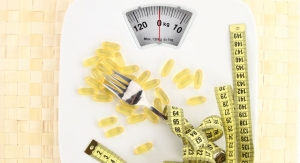