Environmental, trade and academic organizations are criticizing History (formerly The History Channel) for its portrayal of the wild American ginseng harvest presented on its “reality” style show, “Appalachian Outlaws.” This series showcases trespassing and theft, parodies rural Americans as criminals and ignores the tradition of wild ginseng good stewardship harvest practices that have been used by generations of real-life ginseng diggers, according to critics.

In an effort to address the show's portrayal, United Plant Savers (UpS) and the American Herbal Products Association (AHPA) sent a letter to the network challenging it to correct the record.

"The History Channel has missed an opportunity to tell the real story of the American ginseng trade and its fascinating contribution to America's heritage," said Susan Leopold, executive director, UpS. "Instead, this poorly researched show has glorified illegal harvest practices and risks having a negative impact on the species' survival."

"Real ginseng diggers and dealers have long recognized that American Ginseng must be harvested responsibly in order to protect both the plants and their livelihoods," said AHPA President Michael McGuffin. "Wild ginseng contributes millions of dollars every year to the economies of rural Appalachian communities, and our organizations have worked closely with regulatory agencies to support legal and responsible harvest practices throughout ginseng's habitat."

At a time when American ginseng is increasingly being adopted as a viable forest crop, the content of “Appalachian Outlaws” threatens to undermine private landowners' sustainable production of American ginseng.

"There is nothing entertaining about theft of crops that may take years or even decades for landowners to produce," said Eric Burkhart of Pennsylvania State University.

"I am disappointed that the History Channel would resort to highlighting the worst kind of behavior of ginseng harvesters," said James McGraw, Eberly Family Professor of Biology of West Virginia University. 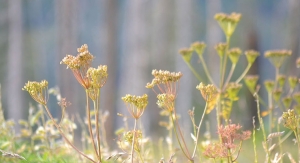 NAD Calls for Dreambrands to Discontinue for Add Lib Claims