The lawsuit claims Monster violates California law by marketing highly-caffeinated drinks to children, despite scientific findings that such products may cause "significant morbidity in adolescents."

San Francisco City Attorney Dennis Herrera has sued Monster Beverage Corporation, Corona, CA, for violating California law with its marketing of highly-caffeinated energy drinks to children as young as six-years-old, despite scientific findings that such products may cause "significant morbidity in adolescents" from elevated blood pressure, brain seizures, and severe cardiac events.

The lawsuit filed in San Francisco Superior Court this morning comes just one week after Monster pre-emptively sued Mr. Herrera in an extraordinary legal attempt to halt his office's months-long investigation into the marketing and sales practices of the nation's largest energy drink manufacturer. Mr. Herrera's office had been working with Monster in good faith to negotiate voluntary changes to its youth-targeted marketing practices when the energy drink manufacturer abruptly sued the City Attorney in federal court on April 29. Mr. Herrera, who has characterized Monster's litigation strategy as "forum shopping" and a bid to win the race to the courthouse, has vowed to not back down.

“Monster Energy is unique among energy drink makers for the extent to which it targets children and youth in its marketing, despite the known risks its products pose to young people's health and safety," said Mr. Herrera. "Consumption of highly caffeinated energy drinks by children has been widely condemned by pediatricians and scientists, and the NCAA has banned its member institutions from providing these products even to college athletes because of the grave safety risks. When the U.S. Food and Drug Administration last week announced its investigation into the addition of caffeine to products like Monster, it expressed particular concern about aggressive marketing to young people. Yet Monster Energy remains defiant. As the industry's worst-offender, Monster Energy should reform its irresponsible and illegal marketing practices before they're forced to by regulators or courts."

The FDA has received numerous adverse event reports allegedly related to consumption of Monster Energy drinks, including five deaths and multiple reported instances of illness, injury and hospitalizations. The alleged wrongful death of a 14-year-old Maryland girl from cardiac arrhythmia due to caffeine toxicity after drinking two 24-ounce servings of Monster Energy is the subject of high-profile private litigation currently pending against the company. Emergency room visits related to energy drink consumption have spiked dramatically in recent years, according to the U.S. Department of Health and Human Services' Drug Abuse Warning Network, which reported a nearly 14-fold increase in medical events for which emergency invention was sought -- from 1,494 instances in 2005, to 20,783 in 2011.

The National Collegiate Athletic Association, which represents more than 400,000 student-athletes at more than 1,000 North American colleges and universities, currently prohibits its member institutions from distributing caffeinated energy drinks to student-athletes. The NCAA has concluded that energy drinks “pose a health and safety risk for student-athletes,” and “can have adverse health consequences if consumed before or during strenuous exercise.” Pediatric studies have similarly found that the cardiovascular effects “of heavy caffeine use can be a significant source of morbidity in athletes,” citing new-onset seizures, hypertension, heart palpitations, and diuretic effects that can “lead to dehydration in athletes who do not drink enough fluids to compensate.”

Yet despite scientific consensus about the dangers of highly caffeinated energy drinks for youth and young athletes, Monster targets the at-risk demographic with marketing that encourages consumers to “pound down” and “chug down” its products, and assurances that Monster Energy consumers “can never get too much of a good thing.” The company's marketing includes its “Monster Army” website, which uses children as young as six years old to promote the Monster brand. 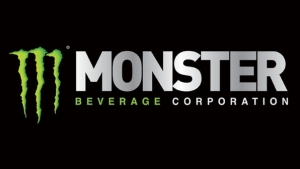 The Highs & Lows of the Energy Supplement Market

The Energy Market: Beyond Caffeine