Researchers at the Karolinska Institutet in Sweden have declared that a diet including seven servings of antioxidant-rich fruit and vegetables per day can decrease a woman’s risk of heart attack by 20-29%. The findings were based on data that came from more than 30,000 questionnaire responses collected between 1987 and 1990 as part of the Swedish Mammography Cohort, and published in the American Journal of Medicine.

While the researchers said their study findings were supported by several strengths, they conceded to some limitations, the most obvious of which was the exclusion of men. “The total antioxidant capacity has not been measured for Swedish foods; we used American ORAC values,” they wrote. “Antioxidant content may vary with geographic location and growing conditions. The observed association could be explained by consumption of fruit and vegetables; however, after this adjustment the association between total antioxidant capacity of diet and myocardial infarction remained statistically significant.

What’s more, the researchers did not have ORAC values for dietary supplements, thus, their results could only be translated to food items and not to antioxidant supplements. “Because of the prospective design, the misclassification is most likely to be nondifferential and therefore lead to attenuation of the observed association. Moreover, when we corrected for measurement error, an even stronger association was observed,” they wrote. “Furthermore, the observed inverse association could be due to a phenomenon in which women who eat an antioxidant-rich diet are more health conscious and have other healthy behaviors. When adjusting for several potential confounders such as smoking, physical activity, and educational level, the results remained statistically significant; however, we cannot rule out residual confounding by healthy lifestyle factors. Intervention studies would be needed to definitively determine the health effects of total antioxidant capacity.”

Azelis to Distribute BERRYSHIELD in the Nordic Countries 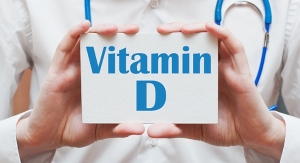 Overweight Vs. Malnutrition: Vitamin D Deficiency (Not Just) in Europe