In an effort to combat childhood obesity—the most serious health crisis facing today’s youth—a working group of four federal agencies are seeking public comment on a set of proposed voluntary principles that can be used by industry as a guide for marketing food to children.

In an effort to combat childhood obesity—the most serious health crisis facing today’s youth—a working group of four federal agencies are seeking public comment on a set of proposed voluntary principles that can be used by industry as a guide for marketing food to children.

Led by former Sen. Sam Brownback and Sen. Tom Harkin, Congress directed the Federal Trade Commission, together with the Food and Drug Administration, the Centers for Disease Control and Prevention and the U.S. Department of Agriculture, to establish an Interagency Working Group of federal nutrition, health and marketing experts to develop recommendations for the nutritional quality of food marketed to children and adolescents, ages 2 to 17.

The proposed voluntary principles are designed to encourage stronger and more meaningful self-regulation by the food industry and to support parents’ efforts to get their kids to eat healthier foods. While the goals they would set for food marketers are ambitious and would take time to put into place, the public health stakes could not be higher. One in three children is overweight or obese, and the rates are even higher among some racial and ethnic groups.

The working group proposal sets out two basic nutrition principles for foods marketed to children. Advertising and marketing should encourage children to choose foods that make meaningful contributions to a healthful diet from food groups including vegetables, fruit, whole grains, fat-free or low-fat milk products, fish, extra lean meat and poultry, eggs, nuts or seeds, and beans. In addition, the saturated fat, trans fat, added sugars and sodium in foods marketed to children should be limited to minimize the negative impact on children’s health and weight. The working group proposes that industry strive to market foods by the year 2016 that meet the proposed nutritional principles and marketing criteria. For sodium, the proposal includes interim targets for 2016 and final targets for 2021.

The proposed principles are voluntary and do not call for government regulation of food marketing. They are an opportunity for food and beverage manufacturers, public health advocates, the entertainment industry, academics and other stakeholders to provide comments that will inform the working group’s final recommendations to Congress.

“Children are strongly influenced by the foods they see advertised on television and elsewhere. Creating a food marketing environment that supports, rather than undermines, the efforts of parents to encourage healthy eating among children will have a significant impact on reducing the nation’s childhood obesity epidemic,” said Health and Human Services Secretary Kathleen Sebelius. “These new principles will help food and beverage companies use their creativity and resources to strengthen parents’ efforts to encourage their children to make healthy choices.”

“As a parent and grandparent, I know the power advertising and marketing can have on kids, and my hope is that the food industry will embrace these voluntary principles and apply them so parents can make informed decisions about the foods they feed their children,” said Agriculture Secretary Tom Vilsack.

“To their credit, some of the leading companies are already reformulating products and rethinking marketing strategies to promote healthier foods to kids. But we all have more work to do before we can tip the scales to a healthier generation of children,” said FTC Chairman Jon Leibowitz. “This proposal encourages all food marketers to expand voluntary efforts to reduce kids’ waistlines.”

The FTC has posted a request for comments on the proposed principles to its website. Interested parties will have 45 days to comment, during which time the working group will hold a half-day forum to provide stakeholders with a chance to comment in person. The forum will take place on Tuesday, May 24 in Washington, D.C. Additional details about the forum will be provided soon. Public comments will be considered by the agencies before the final report is submitted to Congress.
Related Searches
Suggested For You 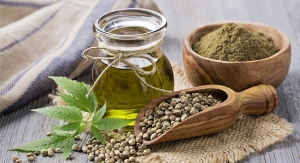 State of the Industry Review & Outlook