The joint venture is being formed to launch a new category of natural, healthy and functional ingredients based on microalgae that provide nutritional properties along with outstanding taste and texture. Solazyme-Roquette Nutritionals plans to launch a variety of oil, protein and fiber based products aimed at delivering improved performance with a superior health profile compared to ingredients in the market today.

The joint venture, which will be 50% owned by each parent company, will be named Solazyme-Roquette Nutritionals, and will be operational by the beginning of 2011. The management team and board of directors will be drawn from both parent companies with Solazyme’s CEO, Jonathan Wolfson, serving as the initial CEO. Roquette will fund and build a joint venture-owned, commercial-scale manufacturing plant with capacity in the tens of thousands of tons of annual production, sited at a Roquette corn wet mill. In addition, Roquette will provide upfront licensing payments to Solazyme and working capital to fund the joint venture until reaching profitability.

“Roquette is a family-owned company with outstanding values which create the basis for a long-term relationship with Solazyme. Beyond that, Roquette provides a total package including feedstock, manufacturing and applications expertise, and robust sales, marketing and customer relationships,” says Jonathan Wolfson, CEO and co-founder of Solazyme. “Combined with Solazyme’s technology, the joint venture is extremely well-equipped to commercialize revolutionary natural products into the food industry that provide all of the performance benefits consumers have come to expect, while providing the improved nutritional profiles they deserve.”

“Solazyme and Roquette share a very clearly-defined vision that microalgae will provide a major new class of food ingredients and we enter this joint venture very enthusiastic about the future,” said Guy Talbourdet, CEO of Roquette. Marc Roquette, chairman of Roquette continued, “We believe that along with Roquette, Solazyme possesses the most innovative microalgal food ingredient technology in the world, and we look forward to using our extensive skills and assets to help bring this technology to market.”
Related Searches
Suggested For You 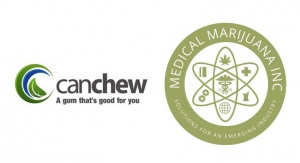 IOI Loders Croklaan and Kerry Group to Partner on Betapol 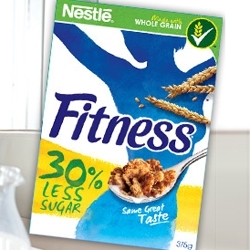