The agency expressed significant concerns about the safety of this compound, which is currently being investigated as a new drug. 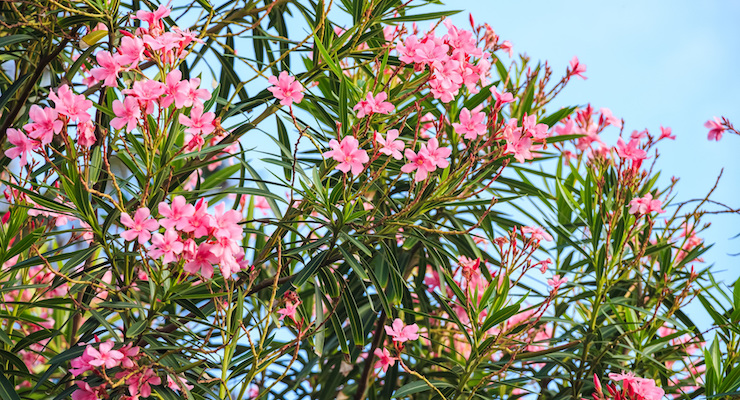 AHPA reports that ingesting small parts of the oleander leaf is shown to be fatal.

In the latest turn of events involving oleandrin, an extract of the oleander plant, and a still-unresolved inquiry into whether the highly-toxic compound could have a therapeutic effect on those with COVID-19, the U.S. Food and Drug Administration recently rejected a submission from Phoenix Biotechnology Inc. to market oleandrin as a dietary supplement ingredient.

The same company is currently investigating a drug whose primary component comes from the Nerium oleander plant, and preliminary human clinical trials on this drug have examined whether it is efficacious as a therapeutic agent in cancer, a number of neurological disorders, and viruses. The company reports that a human clinical trial on the drug’s impact on COVID-19 is still underway.

The company filed a new dietary ingredient application, seeking permission from FDA to market oleander as a dietary supplement ingredient, however, the agency rejected this proposal, stating that oleandrin is currently being investigated as a new drug, which excludes it from the definition of a dietary supplement.

“We also note that, even if ‘Oleandrin’ was not excluded from the definition of a dietary supplement, the agency has significant concerns about the evidence included in your submission as a basis for concluding that a dietary supplement containing ‘Oleandrin’ will reasonably be expected to be safe,” Ali Abdel-Rahman, PhD, evaluation and research staff director for the FDA’s Office of Dietary Supplement Programs, said.

Last month, two trade organizations, The American Botanical Council and American Herbal Products Association, warned that consumers should not ingest oleandrin, or any part of the oleander plant, due to the fact that it contains a toxic compound known to cause potentially-lethal cardiovascular damage, and the fact that there have been deaths associated with the consumption of even small parts of the oleander leaf. Due to widespread news coverage of the investigative oleander-based drug, the trade associations are especially concerned that consumers may be persuaded to ingest this toxic plant. Mike Lindell, the founder and CEO of the pillow company MyPillow, and a majority stakeholder in Phoenix Biotechnologies, made several headlines after endorsing Oleandrin.