Like many other CPG categories, herbal product and other dietary supplement companies rely heavily on mail delivery. 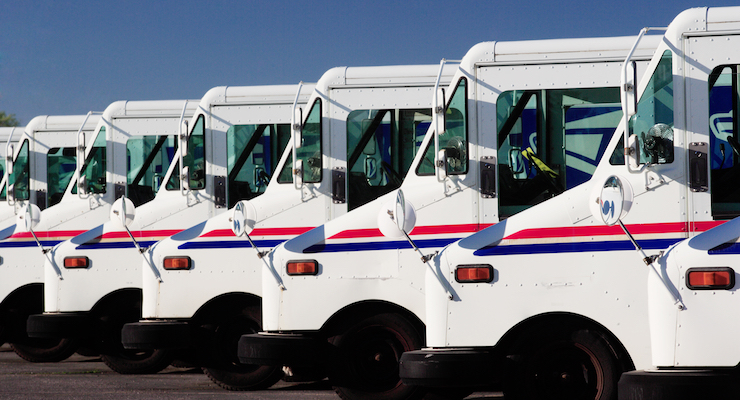 Some analysts project that, without federal funding, a shutdown of USPS services may be inevitable.

The American Herbal Products Association (AHPA) and its member companies are among those involved in trades which rely heavily on the U.S. Postal Service, especially due to the ongoing COVID-19 crisis’ crippling of brick-and-mortar across all market segments nationwide.

AHPA President Michael McGuffin recently sent a letter to officials in the U.S. House of Representatives and Senate to request that adequate federal funding be included in a fourth COVID-19 relief package to ensure the financial viability and continued operations of the USPS. Analysts question whether the USPS may actually run out of liquidity and be forced to shut down operations for the first time in its history.

The U.S. Government Accountability Office (GAO) reported the financial condition of the USPS is “deteriorating and unstable.”

“USPS has lost $69 billion over the past 11 fiscal years—including $3.9 billion in the fiscal year 2018,” GAO reported. “USPS’s total unfunded liabilities and debt ($143 billion at the end of fiscal year 2018) have grown to double its annual revenue. USPS’s expenses are now growing faster than its revenues, partly due to compensation and benefits costs and continuing declines in the volume of First-Class mail.”

The most recent financial relief passed by both legislative bodies of the federal government was the HEROES Act, passed on May 15, which contained $25 billion in financial relief for the USPS. It is anticipated that the next federal relief package will be finalized by the end of July.

“The financial condition of the USPS is of significant importance to AHPA’s members, who depend on the Postal Service for the reliable transport of their herbal products such as dietary supplements and teas, and for other vital business activities,” McGuffin wrote in the letter. “As such, it is essential that the USPS is properly funded to meet the needs of AHPA’s members, as well as those of their customers. Mail delivery has always been an essential service and has become even more critical as the nation continues to work its way through this unsettled period where access to stores and services has been limited in many parts of the country.”

Wilson Lau, vice president of Nuherbs and AHPA board member, said that the impact of a USPS shutdown of services would disparately impact customers and leave some questions about service unanswered, especially those in non-mainland areas of the U.S.

“Without USPS, the cost of access to vitamins and supplements for people outside the 48 contiguous states goes up significantly,” Lau said. “Non-mainland residents, including Alaska, Puerto Rico, and Hawaii, would pay double or more in shipping. This could make access to products to support their health cost-prohibitive for some people. Delivery services such as UPS and FedEx both use USPS for ‘last mile delivery,’ so there would likely be a negative impact in supplement access for people in rural and more sparsely populated areas within the mainland U.S. Without access to USPS ‘last mile delivery,’ are these people going to be serviced by UPS and FedEx trucks? Logistically, it is far more difficult and expensive.”

“Over 20% of the samples we receive to test come via USPS,” Elan Sudberg, CEO of Alkemist Labs, a prominent third-party testing company in the dietary supplements industry, said. “We send invoices to our clients through the U.S. mail, and many of them pay those invoices by mailing checks to us.”