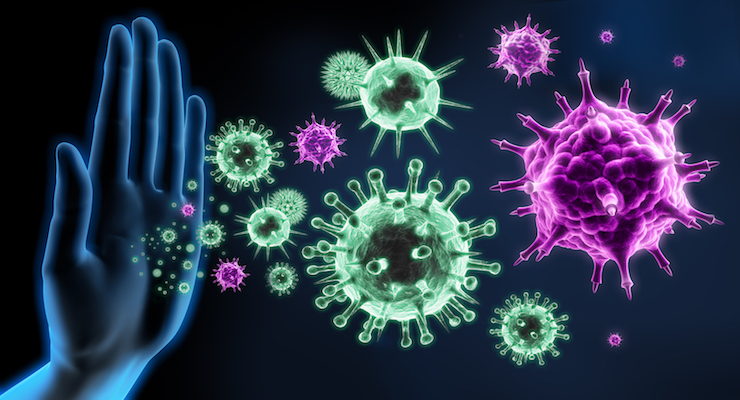 Those who took dietary supplements had significantly lower rates of immune-modulating nutrients across the board, making the case for their use to close gaps in nutrition.

According to a literature review published in the journal Nutrients, a significant number of Americans are falling short in consuming key vitamins and minerals which are known to modulate immune function in beneficial ways.

The data examined was amassed from the National Health and Nutrition Examination Survey (NHANES), a bi-yearly study of the U.S. population conducted by the U.S. Centers for Disease Control, in which 26,862 adults between the ages of 19 and 99 were surveyed. The review focused on nutrients such as vitamins A, C, D, E, and zinc due to substantial deficiencies in these nutrients that were prevalent in previous studies. The data was sourced from NHANES surveys spanning 2005-2016.

“The high prevalence of micronutrient inadequacy is a public health concern,” the authors wrote. “Zinc has a large prevalence of inadequacy in older adults. Older adults are at greater risk of impaired immune function with shifts in the microbiome, increased medication intake, involution of the thymus, and lower T cell production and multiple underlying health conditions – all of which increase the risk of infection.

While adaptive immunity is largely formed through exposure to pathogens and vaccines, innate immunity serves as a first line of defense, and is made up of physical barriers which block the entry of pathogens into the body, immune cells which largely depend upon specific nutrients, and more.

The research ultimately makes a case for dietary supplements, due to the act that there are shortfalls in necessary nutrient consumption as per the dietary guidelines defined by government agencies.

The study also analyzed whether deficiencies were present in people who consumed foods only versus those who also consumed dietary supplements.

“Given the long-term and widening of nutrient gaps in the U.S. – specifically in critical nutrients that support immune health – public health measures should adopt guidelines to ensure an adequate intake of these micronutrients, especially in vulnerable populations,” the authors concluded. “Further research is needed to better understand the interactions nad complexities of multiple nutrient shortfalls on immune health and assess and identify optimal levels of intake and nutrient status in at-risk populations.”