The purification of flavor and fragrance components from essential oils, such as lemon or orange oils, can be performed on DAVISIL® Chromatographic resin. This study details a procedure for purifying Limonene and a-Terpinene, two non-polar hydrocarbons in the terpene class from their polar terpenoid analogs and other polar compounds found in citrus oil.

Citrus peel contains abundant essential oil, which can be used in many fields, such as medicine, foods, beverages, and cosmetics. Citrus oil consists of terpenes (over 95%) such as Limonene and Terpinene and oxygenated compounds (below 5%) like Sinensal, Neral, Octanal, Tridencanal, etc., and waxes and pigments. Both classes of compounds are valuable and are primarily used as flavor additives in the manufacture of soft drinks (lemon, lime and orange oils represent the largest segment of U.S. essential oil imports in both volume and value). Consistent purification of the components in citrus oils is important in ensuring the production of quality products with consistent flavors and aromas from batch to batch. This can be achieved with the use of DAVISIL® silica.

Terpenes are a class of naturally occurring compounds mainly found in plants as essential oil constituents whose carbon skeletons are composed exclusively of isoprene C5 units (CH2=C(CH3)-CH=CH2). Most terpenes have molecular formula (C5H8)n in a cyclic or acyclic, saturated or unsaturated structure, while the terpenoids are oxygen-containing analogues of the terpenes such as alcohols, aldehydes or ketones containing hydroxyl groups or carbonyl groups. Preparative separation of these components can be costly and time consuming. DAVISIL® granular silica was used in low pressure chromatography to enrich two terpene flavor components in an economical and effective purification step. 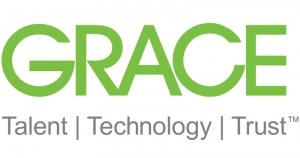