How One Company Preserved the "Biotic" in Probiotic

The term "probiotic," as we know, means "for life." But how many probiotic bacteria are dead upon delivery? These delicate yet robust microorganisms need to be alive and viable so they can settle into a preferred in vivo environment and get to work.

This concept has long plagued the industry, and many probiotic supplements let consumers know how many billions of organisms are present at "time of manufacture." What is often unsaid—as it is unknown—is how many of the original survived and will survive through digestion, the gastric barrier, and into the GI. .

After several years of intense research and development, Pharmachem Laboratories Inc. successfully introduced a technology of microencapsulation that preserves the live organisms through manufacturing, bottling, shelf life, and upper digestive processing; the probiotics are released into the lower GI tract alive, uninjured, and viable.

Normally, probiotic strains on their own are not stable in most environments, notably in those that involve oxygen or water, or potentially oil delivery systems. In fact, research during the past two decades has defined implantation or adhesion of the probiotics in the GI as the critical feature a strain must possess to influence the intestinal environment. Further, it is the organic gastric juices and secretions that present the most dangerous factor for strains that may be released in the stomach.

Inspired by this body of research, we have launched a lipid system that coats the powders to protect them during manufacturing of finished products, through shelf life as well as through the gastric barrier, so they may adhere where they are supposed to in the GI tract.

In this study, entitled, "Evaluation of the Intestinal Colonization by Microencapsulated Probiotic Bacteria in Comparison with the Same Uncoated Strains," (Del Piano, et. al), the authors write: "One of the most important parameters which affects the probiotic activity of a microorganism is its survival during the gastroduodenal transit."

No matter the significant body of research demonstrating efficacy of any probiotic strain, if that strain is destroyed at any time before it is safely delivered to where it is needed to work, it is useless and a profound waste of money for both the manufacturer and the consumer. 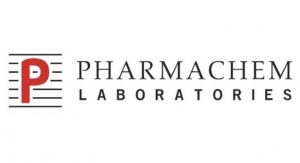